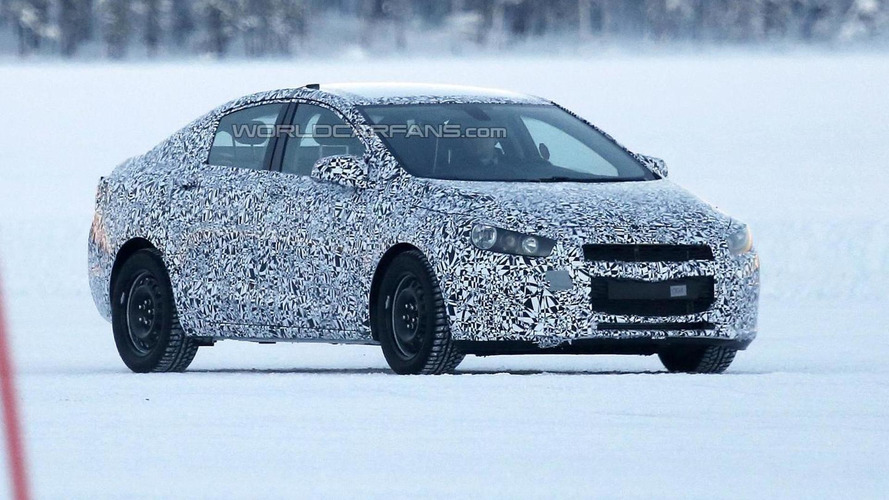 These are the first spy shots with the next generation of the Chevrolet Cruze. Goes on sale fall next year.

These are the first spy shots with the next generation of the Chevrolet Cruze.

Chevrolet has started testing the next-gen Cruze which will be launched in fall next year and will go on sale as a 2015MY. It will be the first model based on GM's new platform which could be called D2XX. This new architecture will underpin approximately 2.5 million compact cars and crossovers by 2018.

This all-new platform will be used for the next generation of the Chevrolet Volt, Chevrolet Equinox, Opel Astra and others as well. To prepare its next-gen compact models, GM will have to overhaul its plants in the United States. They will invest 220M USD into the Parma and Lordstown factories to get them ready for the 2015 Cruze.

Since the next-gen Cruze will be sold as a 2015MY, it means the current model will continue to be sold through the 2014 model year.