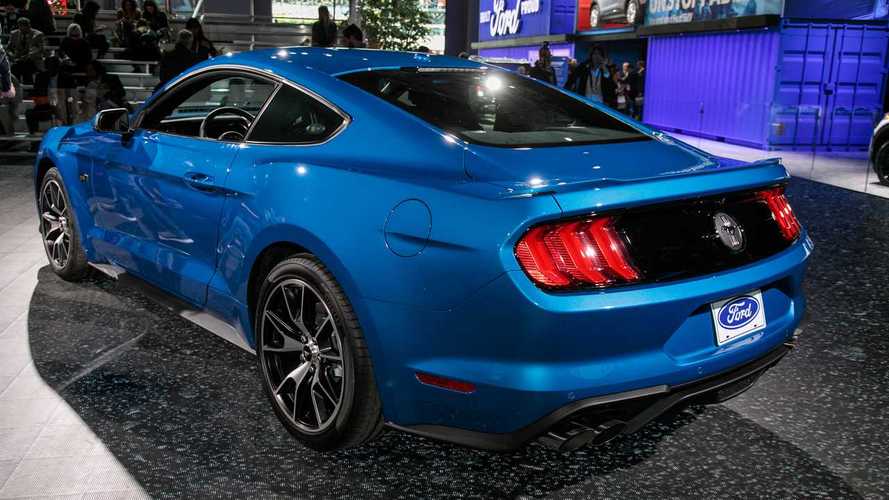 We'd still like to see a proper SVO revival.

When rumors of an amped-up turbocharged four-cylinder Mustang began percolating earlier this year, Ford fans were understandably excited for an SVO revival. Of course, that didn’t happen – instead we were presented with the Mustang 2.3L High Performance Package. It’s a moniker that’s certainly a mouthful, and honestly, it doesn’t inspire much excitement for a car that could’ve tapped some of the old SVO love. A new report from Muscle Cars & Trucks offers a possible explanation as to why those three letters weren't on the Mustang's fenders. The short answer is that SVO – which stood for Special Vehicle Operations – wasn’t just a Mustang trim level.

Most Ford fans know this story, which actually starts with the 1979 Mustang Cobra. The then-new Fox Body offered not a V8, but a 2.3-liter turbocharged four-cylinder producing 132 horsepower. Ford would later offer the turbo option on the 1983 Mustang GT, but 1984 is when the proper Mustang SVO hit the scene. At 175 hp, it offered considerably more horsepower than the previous turbo ‘Stangs, but it also had an aggressively tuned suspension and upgraded brakes.

It was the product of Ford’s Special Vehicle Operations group, a Blue Oval engineering division that launched in 1981 and, among other things, built race cars and racing components. By 1986 – the SVO’s final year – the fuel-injected turbo-four was making 200 hp, placing it side-by-side with the 5.0-liter V8 for power and ahead in handling.

Shoulda Had A V8:

The explanation makes a certain amount of sense, though it feels like a cop-out. As for the current upgraded turbo Mustang, its engine might be different than the standard model (though only slightly more powerful), but the tweaked suspension is the same as you’ll find on the GT, so it’s admittedly not as special as the original SVO was.

That doesn’t mean an SVO will never happen. Ford still holds the trademark, and a previous report from MC&T suggested the automaker could have grander plans for a lighter, more powerful four-cylinder Mustang. That’s something we’d love to see, and if it happens, it better wear an SVO badge.