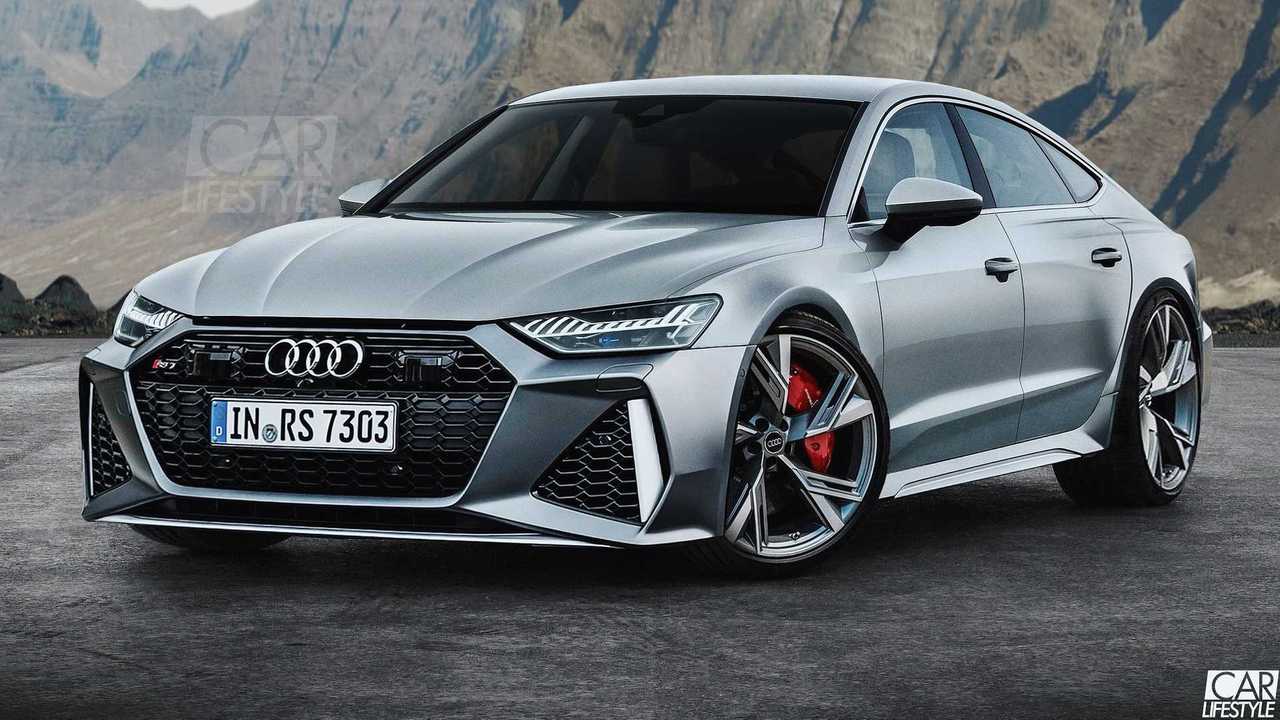 The 2020 Audi RS6 Avant’s sinister looks are striking. The massive grille flanked by equally substantial air intakes tucked below thin-slit headlights is a menacing appearance and not one we would enjoy seeing fill our rearview mirror. Francesco D’Amore, the Audi RS6 Avant exterior designer, called the new RS6 Avant “Dark Vader.” While he was referring to how the RS6 has changed from the regular offering, it’s an apt description of its looks, too. The RS6 Avant’s sinister appearance got Gabe Florido, CEO and founder of CarLifestyle.com, to take the Avant’s styling and apply it to the larger Audi RS7.

The Audi RS7 wears the angular styling remarkably well. The front end looks wide, ready to gobble up any unsuspecting Autobahn slow-pokes. The light color of the RS7 in the rendering makes the front-end design appear much more angular than that dark-colored RS6 Avant we’ve seen so far, but it doesn’t make it look bad by any stretch. The RS7 rendering features the subtle design lines down the side along with the same side skirts and wild-looking wheels.

The rendering comes as Audi is preparing to launch a slew of RS model debuts before the end of the year, and the RS7 is rumored to be one of those debuts. This would be an excellent stand-in for those wanting the RS6 Avant’s looks in a sedan body style because the likelihood of an RS6 sedan is slim. If Audi is prepping an all-new RS7 with its looks taken from the RS6 Avant, then the rendering above is our best look yet at Audi’s next RS7.

If the RS7 borrows the RS6 Avant’s looks, then it’ll likely use the Avant’s twin-turbocharged, hybridized 4.0-liter V8 engine that produces 591 horsepower (441 kilowatts) and 590 pound-feet (800 Newton-meters) of torque. A sprint to 62 miles per hour (100 kilometers per hour) takes the wicked wagon 3.6 seconds.

The RS7 rendering is great, giving us a peek at how the design translates to other Audi models. If the next RS7 looks half as good as the rendering, then we’re excited about Audi’s upcoming super sedan.