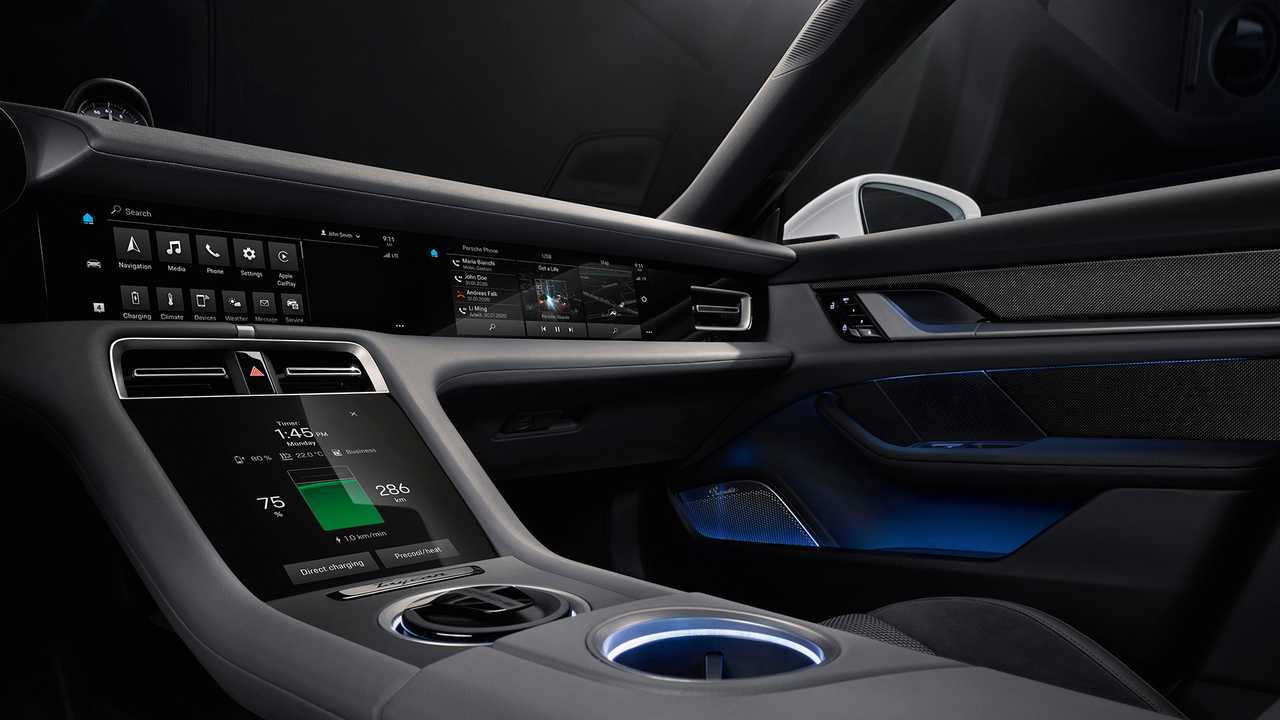 It would obviously be for passengers, but can it be done safely?

We will soon be fully acquainted with the new Porsche Taycan, and all indications are that it could be an epic EV supercar. Porsche gave us a tremendous teaser yesterday by revealing the Taycan’s interior, and to say it’s ultra-tech would be like saying the sun is merely hot. It has four available touchscreen displays, including a whopping 16.8-inch screen for the driver that offers multiple configurations. It’s the other displays – especially the optional passenger screen – that has our attention for this article, because a new report from Automotive News suggests the Taycan could use those screens for added entertainment value.

Specifically, the report claims that Porsche plans to offer video streaming in the Taycan. Netflix is identified as the streaming service of choice, but its availability is apparently still in question. The word allegedly came from Porsche’s Director of Driver Experience Oliver Fritz during a recent media preview event for the electric supercar, though it was qualified with a statement that Porsche is working on it, but wants to make it safe.

As such, we’d certainly expect such video to not be connected to the driver’s display, as that would obviously a terrific distraction and frankly, a lawsuit just waiting to happen. Even showing video on the Taycan’s other screens could be a slippery slope in the world of driver distraction, though the report further states that Porsche is working on tech to make the passenger display something that the driver can't see.

Streaming videos in a supercar isn't something we’d expect from Porsche, but then again, there’s never been a Porsche like the Taycan. Whether this is just a rumor or a done deal remains to be seen, but we should learn more when the Taycan is officially revealed on September 4.