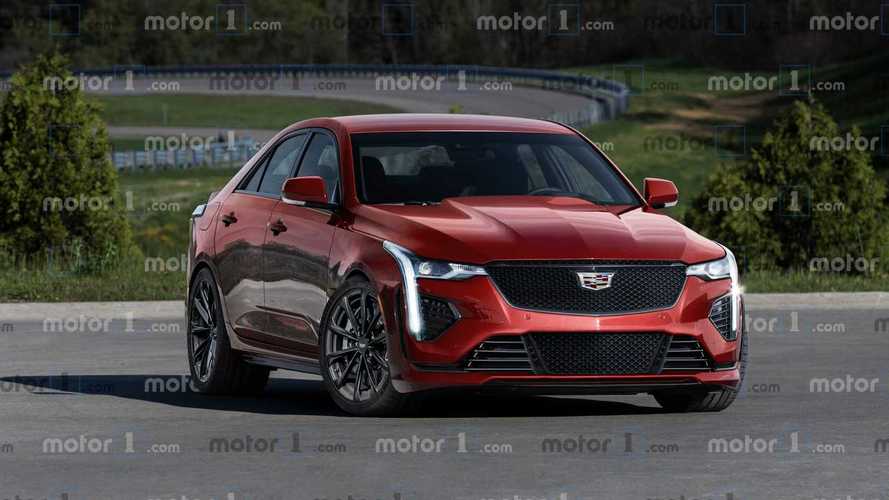 When Cadillac told us earlier in 2019 that the new CT4 sedan would debut in hot V trim, we were insanely excited. It’s not often an automaker does something so bold as to launch a new model line with a range-topping high-performance model. By now, the world knows what happened with that debut – basically, the V-Series isn’t Cadillac’s premier performance brand anymore. At this point, it’s not entirely clear if Blackwing will be Caddy’s new pinnacle of power, but that hasn’t stopped us from wondering how the real flagship CT4 might look with our exclusive rendering above.

Get To Know The CT4:

Compared to the CT4-V, our take on a CT4-V Blackwing isn’t terrifically different. That’s a testament to how good the CT4 already looks, but it’s also an ode to Cadillac’s understated styling cues for the V series over the years. The sports sedan wears a front fascia that’s a bit more chiseled, with narrow vertical vents at the corners and a lower grille that matches the top to form a large V. The hood has a slight bulge to it – hopefully to accommodate a larger engine – and a modest rear spoiler is barely visible at the rear.

Here’s where things get interesting, because this rendering isn’t just a Motor1.com flight-of-fancy. Cadillac paraded camouflaged CT4 and CT5 prototypes around Belle Isle before this year’s Detroit Grand Prix, which happened to be just after the ill-received CT4-V debut. We had a fleeting glimpse of both cars, but since then our spy photographers caught more camouflaged prototypes out and about. A close look through the coverings upfront reveals a design very much like what we offer here, right down to the narrow corner vents and large V design in the grilles.

As for power, you’ll recall that the CT4-V launched with a 2.7-liter turbocharged four-cylinder rated at an estimated 320 horsepower (239 kilowatts). That’s not bad, but it’s well off the 464 hp (346 kW) offered by the CT4’s predecessor, the ATS-V. There’s a glimmer of good news for this proposed CT4-V Blackwing, because recent spy video of camo-wrapped CT4 prototypes reveals not a four-cylinder growl, but a V6 exhaust note. We also heard some rather distinctive pauses between gears, suggesting it might offer a manual transmission option.

This Motor1.com exclusive is a bit different than most of our renderings. Usually, our endeavors depict something we wish would happen, but this time around we know Cadillac has a hotter CT4-V coming. Whether it’s called Blackwing or something else, we’re cautiously optimistic that the second big CT4 reveal will be the awesome Caddy sports sedan we’ve been waiting for.