The state is giving residents the chance to vote on a new design, but it's still a mandatory $25 upgrade.

Most people don’t think twice about license plates. For some – especially those with a passion for cars – it can be a statement beyond simply identifying the vehicle. Personalized plates have long been a go-to “modification” for car fans, but in recent years, many states have also taken to making license plates look cooler. New York is presently offering its residents a choice between five new plate designs, which sounds like a nice gesture. But there’s a small monetary catch that some think is a huge money grab by the state. 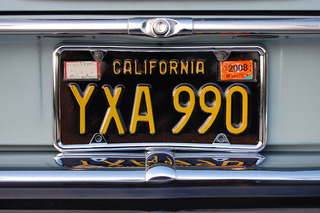 ICE Will Use License Plate Data To Track Some Illegal Aliens

Beginning next spring, drivers with license plates older than 10 years will have to pay a $25 replacement fee when registering vehicles to get the new plate. It’s not optional either, since New York apparently has a serious problem with its current license plates peeling and generally rotting away. A report from WGRZ explains the situation, and it also draws attention to criticism about charging residents a fee to basically replace a defective state-issued item.

There certainly is some weight to the argument. $25 doesn’t sound like much in the grand scheme of things, and even if you have three cars in the family – something not that uncommon – you’ll be out a one-time fee of $75. Furthermore, if you want to keep the same license plate number you finally memorized, that will cost an additional $20.

However, as of 2016, there were over 11 million vehicles registered in the state of New York. If just 25 percent of those cars require new plates right away, that's an extra $68.75 million in just one year. Over 10 years, the total take would be $275 million, and that doesn't include the fee to keep your number. Is it a cash grab? We'll leave that for you to decide.

In any case, the voting goes through September 2 and you can see all five eligible designs by clicking here. Voting is only open to New York residents, but that didn’t stop us from liking option number five the best. Do you have a favorite design, or should this $25 fee for a new plate be dropped like a hot beat?