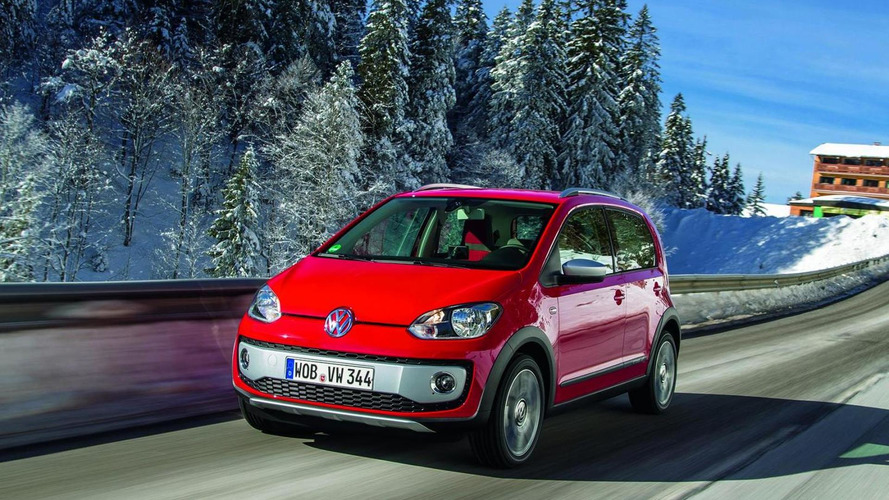 Volkswagen has officially unveiled the 2013 cross up! ahead of the car's public debut next month in Geneva.

Volkswagen has officially unveiled the 2013 cross up! ahead of the car's public debut next month in Geneva.

This reveal doesn't hold any surprises as we already saw the car in December in some spy shots showing an undisguised prototype. VW previewed this rugged version of the up! at the 2011 Frankfurt Motor Show which looks almost the same as this production model.

Under the small bonnet is a tiny 3-cylinder gasoline engine producing 74 hp (55 kW) linked to a 5-speed manual transmission sending power to front wheels, just like in the regular up! The difference between the two is made by black body cladding for the side sills, bumpers and wheel arches, along with silver roofs and bumper trims.

The 2013 Volkswagen cross up! sits on a new set of 16-inch alloys with 185/50 tires. On the inside it gets bespoke seat trim in either dark grey or red, door sills, chrome trims for the vents and leather-wrapped handbrake, gear knob and steering wheel.