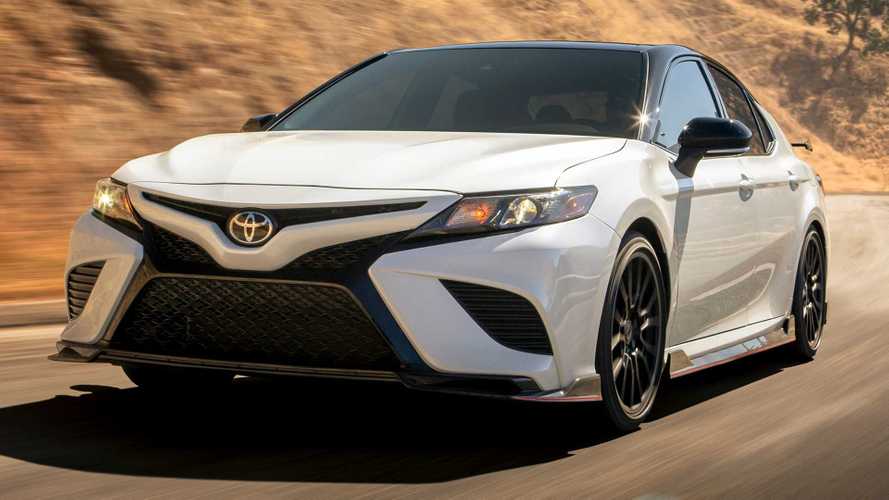 It's a pleasant surprise.

Even though Toyota unveiled the Camry TRD back in November 2018, it’s only now we’re finding out how much it costs courtesy of order guides discovered by Cars Direct. The more athletic variant of the midsize sedan will set you back $31,995 once you factor in the mandatory $955 destination charge. It’s a surprisingly good deal when you consider this is effectively the most attainable V6 version of the Camry.

Indeed, the XLE V6 begins at $35,255 for the 2019 model year as per Toyota USA’s configurator, including destination and handling fees. In regards to the flagship 2019 XSE V6, it’ll set you back $35,805. It means you’ll be saving quite a few thousands of dollars compared to those two, but Toyota pointed out in an e-mail to Cars Direct that it would be more accurate to compare the new TRD with the midlevel and four-cylinder-only SE instead of the higher-end trims that have the bigger engine. For the sake of comparison, the 2019 Camry SE retails from $26,795, so that makes the TRD variant $5,200 more expensive.

All About The Camry TRD:

In other words, the Camry TRD equipment list has more in common with that of the SE grade, but with the added benefit of the TRD-specific goodies. These include a sportier body kit for improved aero, matte black 19-inch wheels for added style, and an upgraded suspension lowering the car a bit and boosting handling in the process. In addition, there are beefier brakes up front along with stiffer spring and sway bars, while the glossy black front grille is unique to the Camry TRD.

Inside, there are red accents throughout the cabin and synthetic leather rather than the perforated leather of the more expensive XSE. There’s also plenty of Toyota Racing Development badging, noticeable on the shift knob, floor and trunk mats, and also a TRD logo on the screen.

Power stays the same, so the 3.5-liter V6 engine continues to produce 301 horsepower at 6,600 rpm and 267 pound-feet (362 Newton-meters) of torque from 4,700 rpm channeled to the road via an eight-speed automatic transmission.

Available in limited numbers for the 2020 model year, the Toyota Camry TRD (along with the Avalon TRD) will go on sale this fall.