BMW 5 Series Can Now Be Fitted With Illuminated Kidney Grille 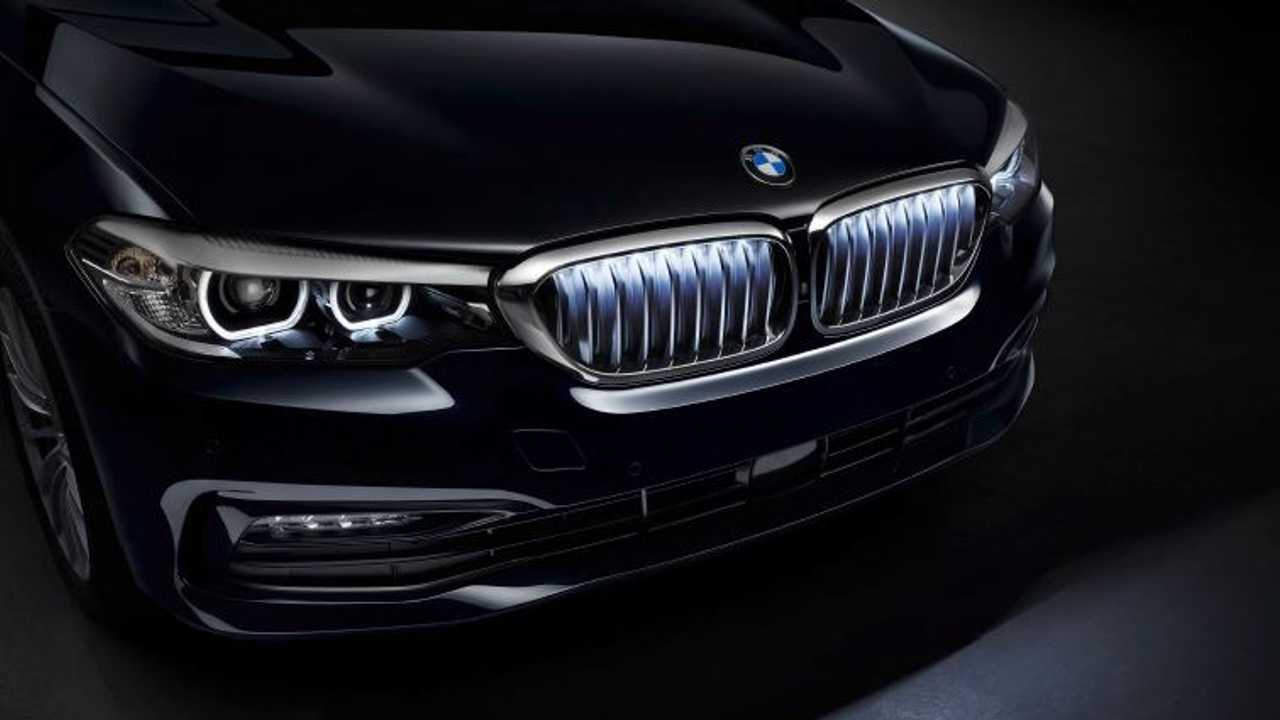 After puddle lamps, door handle-mounted lights, interior ambient lighting, and the fancy Welcome Light Carpet mounted underneath the vehicle, BMW has found another way to add more LEDs to its cars. First seen on the all-new X6 last month, the illuminated grille can now be had as an official BMW accessory for the 5 Series Sedan (G30) in the United States.

BMW Client Advisor Jay Pichardo from Nashua, New Hampshire made the reveal on the Bimmer Post forums where he announced the accessory’s official name is “Chrome Iconic Glow Kidney Grilles.” The glitzy grille with a rather pompous title will set you back an extra $614 and it’ll boast light-emitting diodes built into the radiator grille that light up the bars as well as the frame. The white light illuminates the front of the car, therefore acting as additional “welcome home” lights.

BMW is not the first premium marque to implement this look-at-the-expensive-car-I’m-driving lighting “feature” as Mercedes has been offering an illuminated three-pointed star for more than six years. It debuted on the M-Class and GL-Class (replaced since then by the GLE and GLS, respectively) before trickling down the range.

If the once humble Skoda brand can offer for the Karoq compact crossover a door-mounted light projecting the company’s logo onto the floor, I guess there’s really no stopping to the LED madness. What’s next – illuminated tire valve caps? Come to think of it, these already exist in the aftermarket scene.

Audi has a different approach as the headlights and taillights of its latest high-end models like the A6 and upwards do a little “dance” when you lock or unlock the doors. It’s still a gimmick at the end of the day, but we have to admit it is kind of cool, at least until the novelty wears off.