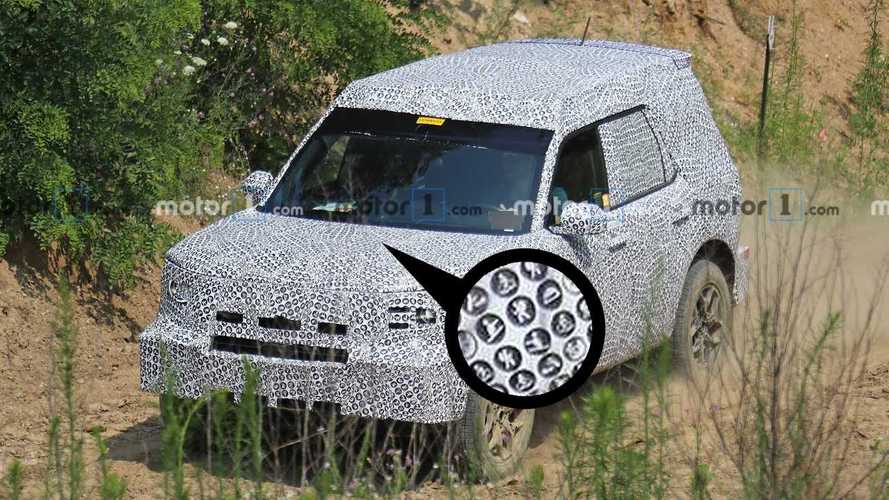 It’s not your usual swirls, swooshes, and dots.

About a month ago our spy photographers captured Ford’s “baby Bronco” for the first time. From the outside, it looked like your ordinary prototype. Cladding and camouflage covered the SUV, but it was still easy to see its boxy proportions. It matches well to the leaked baby Bronco photo we saw last year – which Ford asked us to remove, but you can still find online. But this baby Bronco prototype wasn’t your typical test mule. Our colleagues over at Autoblog.com spotted the unique camouflage, noting it’s not your usual swirls, swooshes, and dots.

Upon closer inspection, the baby Bronco is wearing some cool camouflage design that’s quite creative. Each circle represents an outdoor activity of some sort. We, like Autoblog.com, count six different activities – biking, camping, canoeing, hiking, mountain climbing, and skiing. It’s a sly bit of marketing on Ford’s part even before the general public knows the vehicle exists, like planting a seed long before the harvest.

We’re likely months away from seeing the baby Bronco or the Bronco itself. Ford announced the Bronco’s return for the 2020 model year at the 2017 Detroit Auto Show. With auto show season starting soon, Ford will have plenty of opportunities to show us both Bronco models. If the baby Bronco is half as capable as Ford says the regular Bronco will be, then it could be quite an attractive and capable off-road machine. Hopefully, we won’t have to wait too much longer.