What If The Mercedes E-Class Were To Bring Back Quad Headlights? 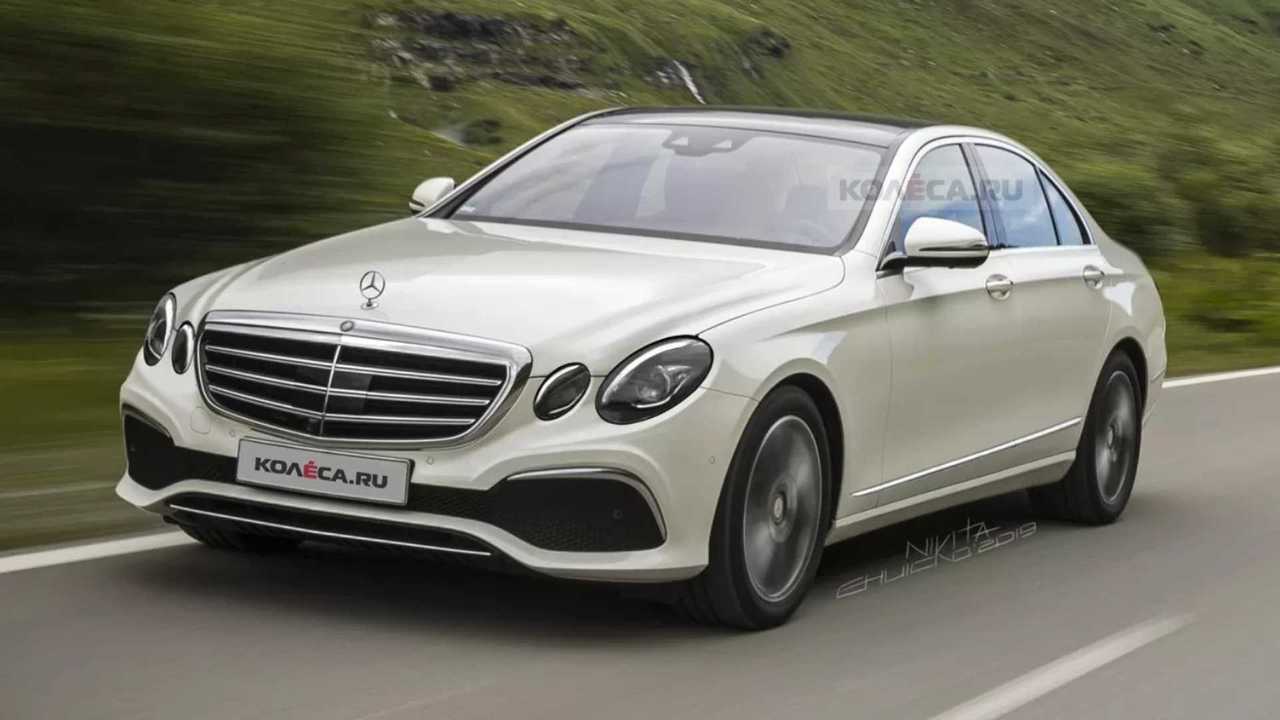 Not that bad, actually.

Mercedes-Benz is working on a refreshed version of the E-Class in both sedan and wagon forms, and spy photos already revealed the visual changes won’t be drastic. The German company is taking the evolutionary path with a slightly modified front fascia, incorporating sleeker headlights and a revised radiator grille. That’s not really a surprise given the brand’s recent history in redesigning its core models when it’s time for a mid-cycle facelift.

Our friends and colleagues at Kolesa.ru are a bit more daring and propose a different design for the updated model. Their new renderings put four round headlights in place of today’s sleek single-piece clusters. That’s obviously a throwback to the W210 generation of the E-Class, which introduced the same layout back in 1996. It’s a bit frustrating at first but the more you look at it, the better it looks.

The last generation of the E-Class that had a split round headlight design was the one that was introduced in 2002 with internal code W211. It was actually a very good-looking machine, which was replaced by the somewhat controversial design of the W212 in 2009 with quad headlight design before the facelift. Thankfully, the current, fifth-gen E-Class, which arrived in 2016, fixed that with a stylish and sleeker overall appearance.

Back to the W210, it was the first Mercedes-Benz in history to get xenon headlights. More than two decades later, its ideological successor offers optional Multibeam LED headlights, which automatically illuminate the road with a precision-controlled distribution of bright light, without dazzling other road users. Each headlamp has 84 individually controlled LEDs and no mechanical actuators, which results in faster adaptation to the oncoming traffic.

Of course, this rendering is a pure design exercise and chances of seeing something similar in production with the facelifted E-Class are close to zero. We will probably see the refreshed model in its full glory later this year or in the first months of 2020.