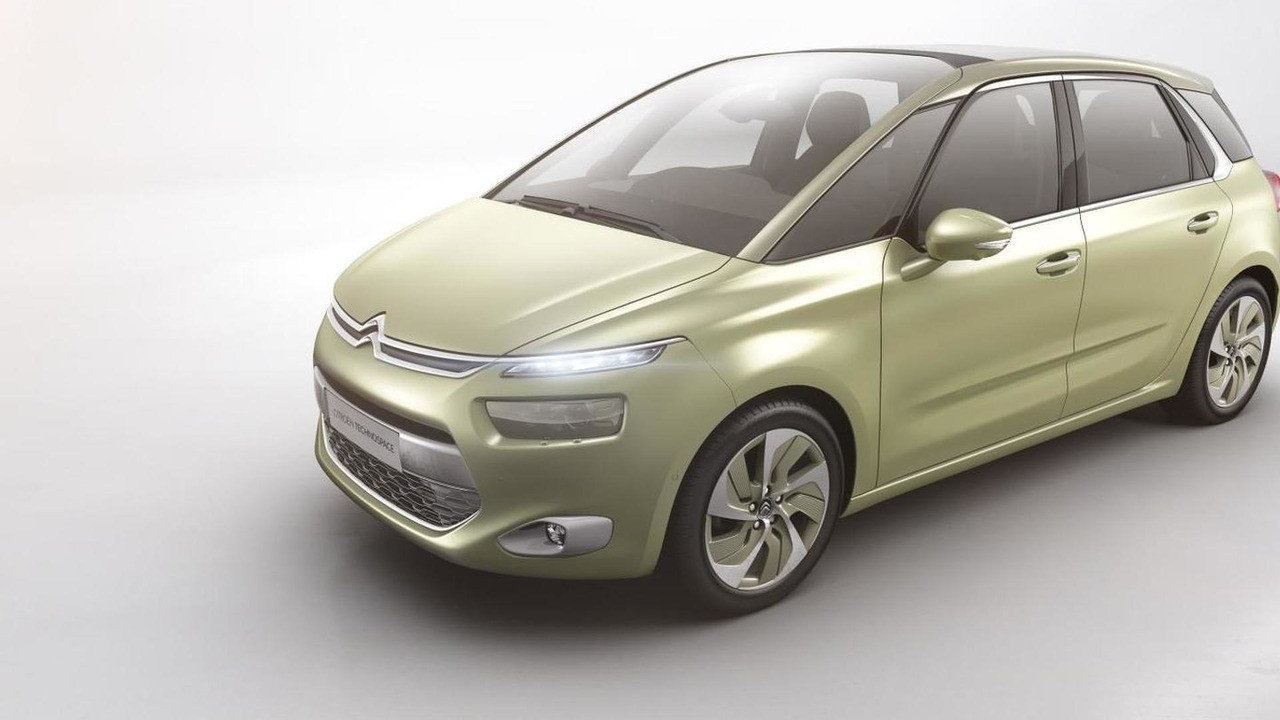 Citroen has announced plans of introducing the Technospace concept at next month's Geneva Motor Show.

Citroen has announced plans of introducing the Technospace concept at next month's Geneva Motor Show.

Those spy photos we've showed a couple of days ago were in fact this concept which serves as a preview for the next-gen C4 Picasso which will be unveiled in April after the concept's debut in March.

The concept seen in these official photos is 4430mm long, 1830mm wide, 1610mm tall, with a 2783mm wheelbase. Based on these figures, the Technospace is 40mm shorter than the outgoing C4 Picasso and has a 55mm longer wheelbase resulting in more room inside the cabin. Citroen says the concept has a boot capacity of 537 liters.

By reducing the overhangs Citroen wanted to make the car more compact, while the split A-pillars promise to offer excellent visibility. The production version will ride on Citroen's Efficient Modular Platform 2 (EMP2) and should weigh 70 kg (154 lbs) less than the current model. Combining this with more efficient power units, the next-gen C4 Picasso should have CO2 emissions of only 98 g/km in the most economical variant.