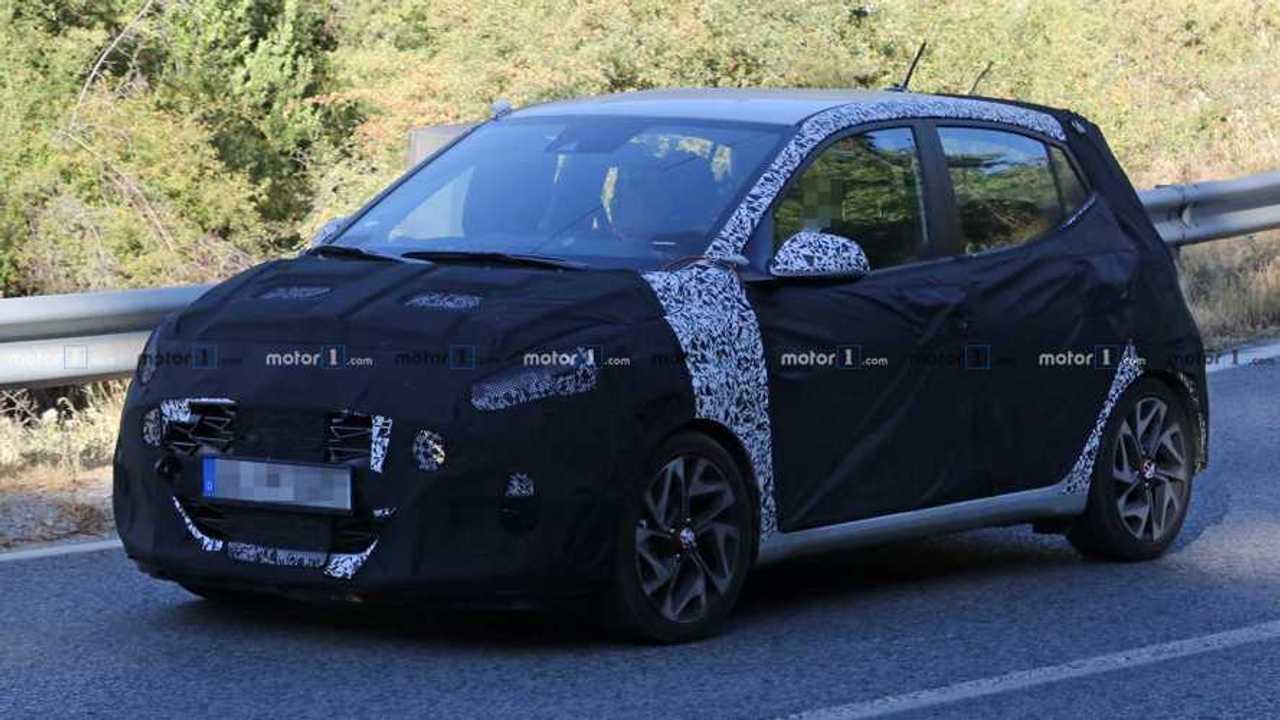 It will be Hyundai's equivalent of the Kia Picanto GT Line.

Way too small to be considered for the U.S. market, the Hyundai i10 is about to enter its third generation. We’ve seen the exaggerated design sketch of the city car announcing its September release in Frankfurt, and now our spies have caught what looks to be the range-topping trim of the diminutive hatchback. While some would be tempted to say this is a full-blown N model, we’re 99% sure it’s just an N Line model in the same vein as its sister model, the Kia Picanto GT Line.

What that means is some sporty styling upgrades, a dual exhaust system, bigger wheels, and other miscellaneous tweaks that will be combined with the regular engines. We’ve seen this recipe before from Hyundai, with the Tucson N Line as well as the i30 / i30 Fastback N Line models. The i10 N Line might receive a stiffer suspension setup and upgraded handling, but we wouldn’t go as far as calling it a fully fledged hot hatchback.

That’s because even in N Line spec, the i10 will probably rely on a puny three-cylinder 1.0-liter gasoline engine. It produces 99 horsepower and 126 pound-feet (171 Newton-meters) of torque in the aforementioned Picanto GT Line, but Hyundai and Kia also have a 1.0-liter turbo with 118 hp and the same amount of torque. Giving the i10 N Line the beefier engine would allow it to compete with the Volkswagen up! GTI, which offers slightly less horsepower but considerably more torque: 113 hp and 147 lb-ft (200 Nm).

Getting back to the prototype at hand, you can see there are some wires sticking out from the hood – at the bottom of the windshield – going inside the cabin where they’re probably hooked up to a computer. It could be a sign Hyundai was testing the engine, while the lock on the camo’s zipper at the back is rather comical.

We won’t have to wait much longer to check out the 2020 Hyundai i10 since it will debut in a matter of weeks. It remains to be seen whether the N Line variant will be out right away or the company will wait a few months.