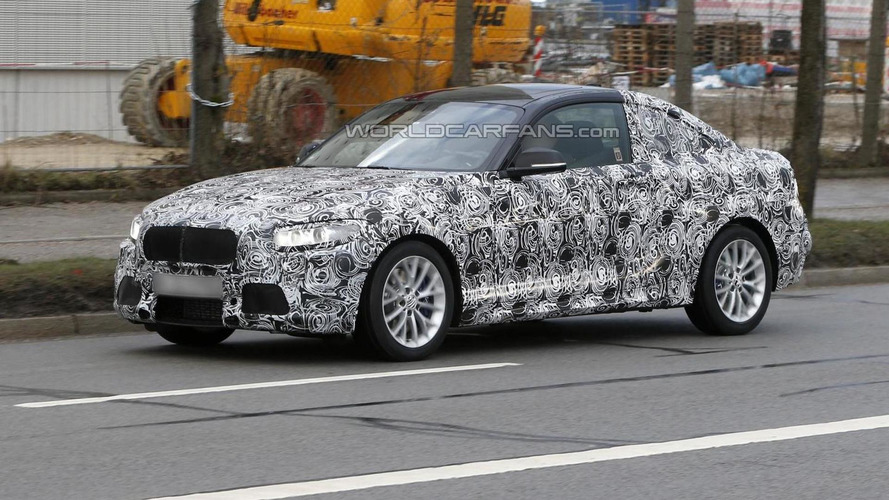 A recent report indicates BMW will start production of the M235i in November this year.

A recent report indicates BMW will start production of the M235i in November this year.

According to BMWBlog.com who was able to take a look at a BMW production schedule, the company will kick off production of the M235i Coupe this November and will be sold in the United States. Set to be manufactured at the firm's factory in Leipzig, the M235i Coupe will be heavier than the M135i launched last year.

It will probably retain the same inline-six 3.0-liter engine which produces 315 hp (235 kW) and 332 lb-ft (450 Nm) in the M135i. Spy shots (see source link 2) have revealed the engine will be linked to an eight-speed automatic gearbox while the steering wheel will have a sportier design.

It will probably get the same dual exhaust pipe setup of the M135i, a small trunk spoiler and blue M Performance brake calipers. The car seen in the spy photos had 255/40 R18 tires at the front and 245/35 R18 for the rear, and featured a Valencia Orange paint.

The same source indicates BMW will launch later on a convertible version of the M235i.