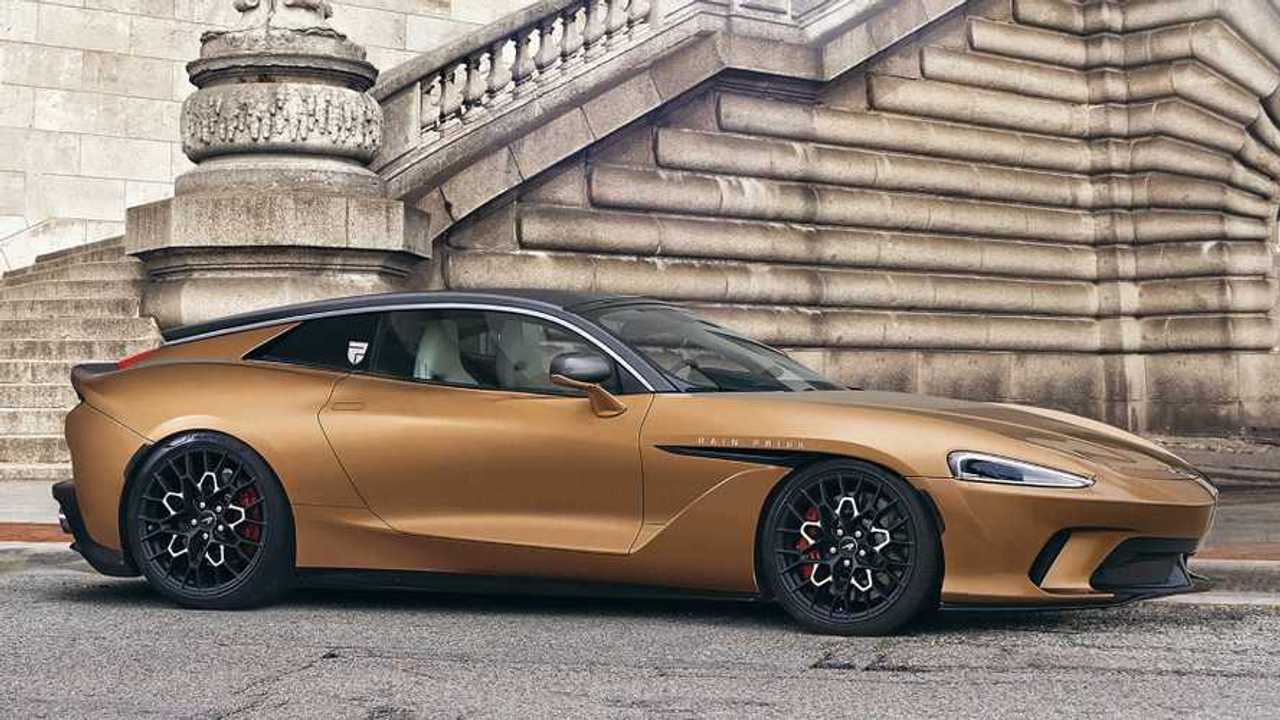 Earlier this year, McLaren debuted the GT – a mid-engine grand tourer designed to be both practical and powerful. It was yet another offering in McLaren’s expanding portfolio, and McLaren isn’t slowing down. However, one model not on the product docket is an SUV – at least that’s what McLaren continues to say. If SUVs aren’t in the cards, what about a shooting brake? While McLaren has never mentioned such a model, that doesn’t mean people aren’t dreaming of one. Just look at the rendering above of a front-engine McLaren shooting break that reimagines the GT as something far crazier.

While some would consider it blasphemous to move McLaren’s engine from the rear to the front, the move would allow for ample cargo space – one of the primary purposes of a shooting brake. The long hood and upright windshield – upright compared to other McLaren offerings – look better suited for the Aston Martin Vanquish Zagato Shooting Brake than a McLaren, but it works in this package.

The front is long, which is necessary to fit the twin-turbocharged 4.0-liter V8. The McLaren GT received a new version of the mill, which makes 620 horsepower (462 kilowatts) and 465 pound-feet (630 Newton-meters) of torque. However, there are distinct McLaren styling cues at the front, such as the headlights and lower front fascia. Things aren’t much crazier at the rear. Yes, it looks busy, but the design from the taillights down is nearly identical to that of the GT. The only difference is the extended roof that blends well into the rear’s overall design.

It’s doubtful McLaren will get this crazy with its future models. The front-engine McLaren GT Shooting Brake is a compelling idea; however, making a compelling business case for a model that’d likely require tons of research and development is far more challenging. For now, this will live on as only a rendering.