Everyone will see you coming when your Wrangler has so many lights illuminating the way ahead.

If you're looking to make your new Jeep Wrangler JL a little more attention-grabbing, check out Oracle's new Lighting Vector ProSeries grille replacement kit. The part's ostentatious lighting layout isn't going to fit everyone's taste, but if this design fits your Wrangler's aesthetic, the Vector grille retails for $845.95. It's is available now. There are also versions for the previous-gen Wrangler and the new Gladiator pickup.

The Vector's design replaces the Wrangler's standard lighting array and incorporates an LED strip that runs between the pair of circular headlights and wraps around the top section of the grille. Additional driving lamps are just above the bumper. The part is plug-and-play and includes the low beams, high beams, and running lights.

The Wrangler Takes Its Style Off-Road: 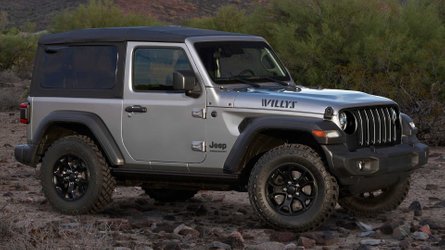 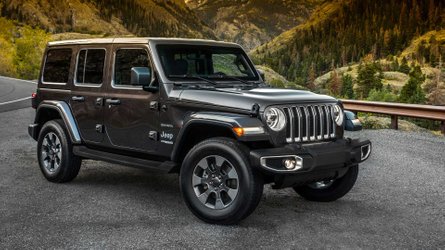 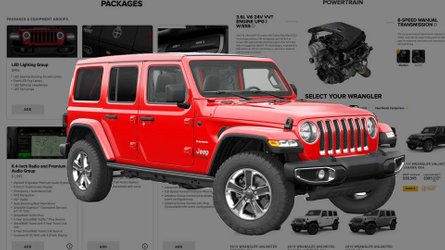 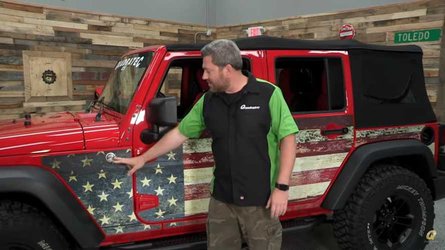 The Vector grille's design brings a more futuristic design to the Wrangler's generally old-school front end. On startup, the LED running lights even illuminate sequentially, which only adds to the part's eye-catching style.

Oracle also highlights its potential safety benefits. For example, the headlights are independently adjustable so that owners can even adapt their position on lifted Jeeps. In addition, the turn signals are four times brighter than the stock parts.

As standard, the grille arrives in satin black and requires painting prior to installation. However, customers can specify Oracle to paint it any factory color as an additional option. The lighting position comes set for a stock Wrangler, and buyers need to make the necessary adjustments if their rig had a modified ride height.

Let us know in the comments what you think of how this grille overhauls the Wrangler's front end?

This unique design is equipped with an array of LED features and has the real-world functionality and rugged durability that Jeep enthusiasts demand.

Additional features include an integrated LED Daytime Running Light (DRL) which increases driver safety by making the Wrangler more visible to other drivers on the road. This DRL also features a unique "startup sequence" Dynamic LED display. Another safety feature is the LED Turn Signal that is 4x brighter than the factory turn signal lamp.

The Vector™ Series Grill features an impressive 5,600 Combined Lumen Low Beam with advanced optics for precision lighting that illuminates the road, benefiting the driver with increased driver visibility without creating glare that can blind oncoming traffic. The simple wiring connection is "Plug and Play" thanks to the included harness adapter.

This product was designed with safety in mind- Each LED beam can be independently adjusted put light on the road without blinding oncoming traffic (This is especially important for lifted Jeeps). The Driving and Low Beam lights allow for proper light distribution for optimal road legal light output.

“ORACLE Lighting couldn’t be more pleased with the official launch of the new ORACLE Vector™ ProSeries Jeep Wrangler JL,” comments Justin Hartenstein, ORACLE Lighting Director of Product Development. “The Vector™ design is a forward-thinking twist to the look of the JL while delivering more features, safety and visibility for drivers, especially in lifted rigs. The Vector™ represents our company’s strong commitment to delivering American-engineered lighting solutions that help consumers get the most out of their trucks doing what they love.”

After the original JK Vector™ Grill prototype was previewed at the 2017 SEMA show, ORACLE Lighting worked to further enhance almost every aspect of the grille. In 2018, ORACLE showcased their “V2” design enhancements for the Vector™, which won a SEMA Global Media Award. And now, new for 2019, ORACLE is presenting the ORACLE Vector™ ProSeries.

The Jeep Wrangler JL model includes upgraded LEDs for a smoother start-up sequence, 300% increased contact seal-patch with redundant waterproofing surfaces, a 200% thicker lens and several other improvements and redundancies to ensure the durability and longevity that Jeep enthusiasts demand.

The ORACLE Vector™ ProSeries Jeep Wrangler JL is shipped with the ProSeries grille fully-assembled for easy installation. The assembly’s grille shell is manufactured from automotive-grade polycarbonate that is 30% thicker than stock OE material. The grille ships in paint-ready black satin; for DIY paint-prep, the ORACLE website includes a light-removal how-to video. Alternately, ORACLE can also custom-paint the Vector™ Jeep’s ProSeries Grill in any factory color on a special-order basis.

In addition to significantly improved illumination over the existing OE lighting system, the ORACLE Vector™ ProSeries Jeep Wrangler JL offers independently adjustable beams. ORACLE pre-installs the lights in neutral positions based on the stock Wrangler stance, and adjusters are included for both projection distance and wide cornering visibility. ORACLE accomplishes this by separating the low-beams into two individual units – Driving Beam (narrow / long-distance beam) and Low Beam (wide / short-distance beam). This is particularly beneficial on lifted Jeeps: light beams can be easily and accurately aimed to avoid blinding oncoming drivers while also creating vastly improved visibility based on the driver’s seating position.

The ORACLE Vector™ ProSeries Jeep Wrangler JL emits 4,000 lumens from a total 24 Luxeon ZES LEDs, which are high-end LED chips manufactured by Philips. While the light output is very impressive, the ORACLE Vector™ ProSeries Jeep Wrangler JL's signature feature is its enhanced dynamic Daytime Running Lights (DRLs). Arranged in an eye-catching wrap-around pattern, the DRLs flow sequentially on DRL start-up and provide standout illumination during driving. The overall effect is created by more than 200 high-out LEDs housed inside of a tinted lens that diffuses the LEDs into a smooth pattern.

Developed and engineered by Oracle Lighting in the USA to ensure factory quality and fitment, the ORACLE Vector™ ProSeries Jeep Wrangler JL Grill is backed by a two-year warranty. The grille ships complete and ready to install with an MSRP of $895.00. For more information, please visit oraclelights.com or contact the Oracle Lighting team at (800) 407-5776 or info@oraclelights.com.

Founded in 1999, ORACLE Lighting celebrates its twentieth anniversary by offering more than 13,000 performance-lighting products for the automotive and industrial markets.  The company has been included on the Inc 500/5000 list of the Fastest Growing Businesses in the USA for eight consecutive years, won the 2012 Bronze Stevie Award for Consumer Products Company of the Year, and was also named The Small Business Administration's Exporter of the Year and a Small Business Champion by the U.S. Senate Small Business and Entrepreneurship Committee. For more information, please visit oraclelights.com or call 800-407-5776.