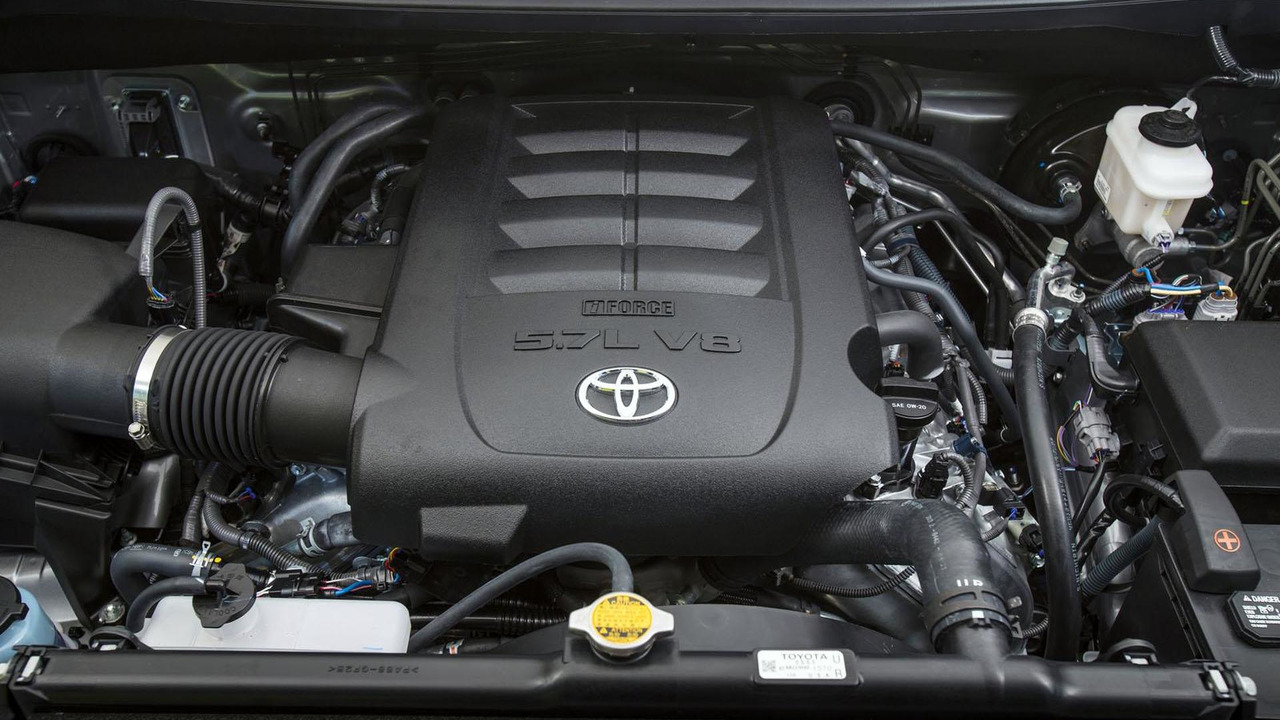 Toyota has unveiled the 2014 Tundra at the Chicago Auto Show. It features revised styling and an upgraded interior.

Toyota has unveiled the 2014 Tundra at the Chicago Auto Show.

Described as completely redesigned "inside and out," the model has an evolutionary appearance which clearly echoes its predecessor. Despite this, the truck has been equipped with a chrome grille, squared-off fenders and a new tailgate with an integrated spoiler. There's also three-piece bumpers and restyled 18- and 20-inch alloy wheels.

Inside, the cabin has a new instrument panel, improved seats and optimized controls. Other niceties include metallic accents, a 3.5-inch multi-information display and an optional 12-speaker JBL audio system.

Under the hood, three different engines are available including:

Depending on which engine is selected, the truck is equipped with a five-speed or six-speed automatic transmission.

The 2014 Tundra will arrive as U.S. dealerships this September and pricing will be announced closer to launch.