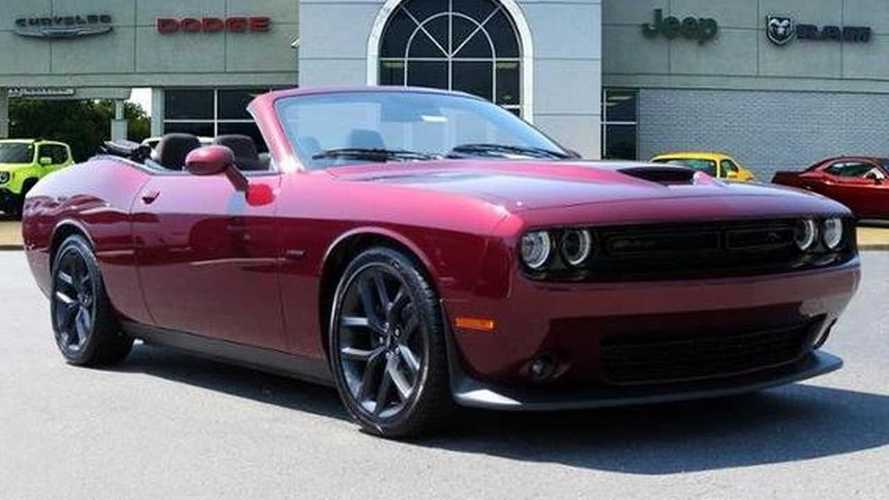 Fancy a late-model Dodge Challenger without a roof? There are a few examples out there like the one featured in the gallery below from Keffer Chrysler Jeep Dodge & Ram Trucks, but we strongly emphasize few. Truth is, we don’t know exactly how many Challenger convertibles are floating around, because each one is a custom-built creation courtesy of the automotive aftermarket. In the old days you could get a Challenger ragtop, but despite Ford and Chevrolet offering roofless versions of the Mustang and Camaro, Dodge never drove its muscular competitor into the convertible market.

Dodge Challenger R/T Scat Pack Widebody Convertible Can Be Yours

Custom Dodge Challenger Hellcat Convertible Could Be Yours For $95k

Why is that? A recent report from Muscle Cars & Trucks doesn’t definitively answer the question, but it does shed some interesting light on the subject. In short, Dodge apparently feels that there isn’t a business case to engineer and build a Challenger convertible. Speaking to Dodge Challenger Brand Manager Keven Hellman, MC&T said he was reportedly aware that demand for such a version was already being met through the aftermarket, and that, “...like anything else, there has to be a business case that will support it.”

No other insight was offered on why Dodge doesn’t offer a Challenger convertible, but there’s certainly some room to read between the lines here. Cutting the roof off a car is easy, but making it actually work well is tremendously hard – i.e. expensive – especially for high-power performance machines like the Challenger. The roof serves an integral role in a vehicle’s structural rigidity, so when it’s removed, that rigidity needs to be added elsewhere.

Dodge Challenger SUV Rendering Is So Wrong, It's Right

Such work adds weight, and we all know the Challenger is already very heavy compared to its Detroit competition. Beyond that, even with gobs of strengthening it may not be possible for Dodge to strengthen the Challenger sufficiently to stand behind it as a factory-built vehicle. And lest we forget, weight is also the enemy of performance.

Dodge has a good thing going with the Challenger. Despite a positively ancient platform and design, it continues to enjoy strong sales and is even pulling in younger buyers. Perhaps the answer for Dodge’s lack of a convertible Challenger actually boils down to a simple cliché: If it ain’t broke, don’t fix it.