We had a lot of unanswered questions after watching the Need For Speed Heat reveal trailer a few days ago. Yes, there were hints at some of the game mechanics, features, and underlying story, but we didn’t know how it’d mesh together. Now we have a gameplay trailer that provides lots of answers and tons of cool gameplay while bringing back cops looking to enforce the law – but with a twist this time around.

Get The Latest NFS Heat News: 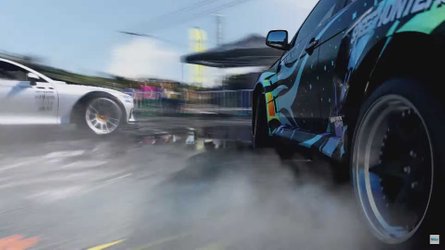 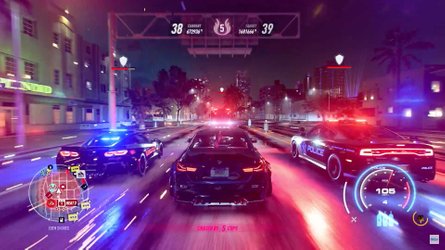 Need For Speed Heat will feature day and night gameplay, but each is different. During the day, players can participate in sanctioned races on the streets of Palm City, a Miami-like fictional city. Cops are out and about, but they play by the rules, issuing fines and tickets before stopping reckless drivers by other civilized means. At night, players can participate in illegal street races, but they must watch out for police who are far more aggressive than their daytime counterparts.

During nighttime racing, players race for rep, but as their rep rises so does their heat, which attracts the police. Players evade police by reaching a garage or hideout for safety. Sanctioned daytime races give out cash, which can be used with rep to upgrade and customize player cars, which looks like will be a massive part of the game – you can tune your exhaust note. It’s such an integral part that there will be a companion smartphone app called NFS Heat Studio where players can build a custom car in the app and then race it in the game. You can get the app today on Android and iOS.