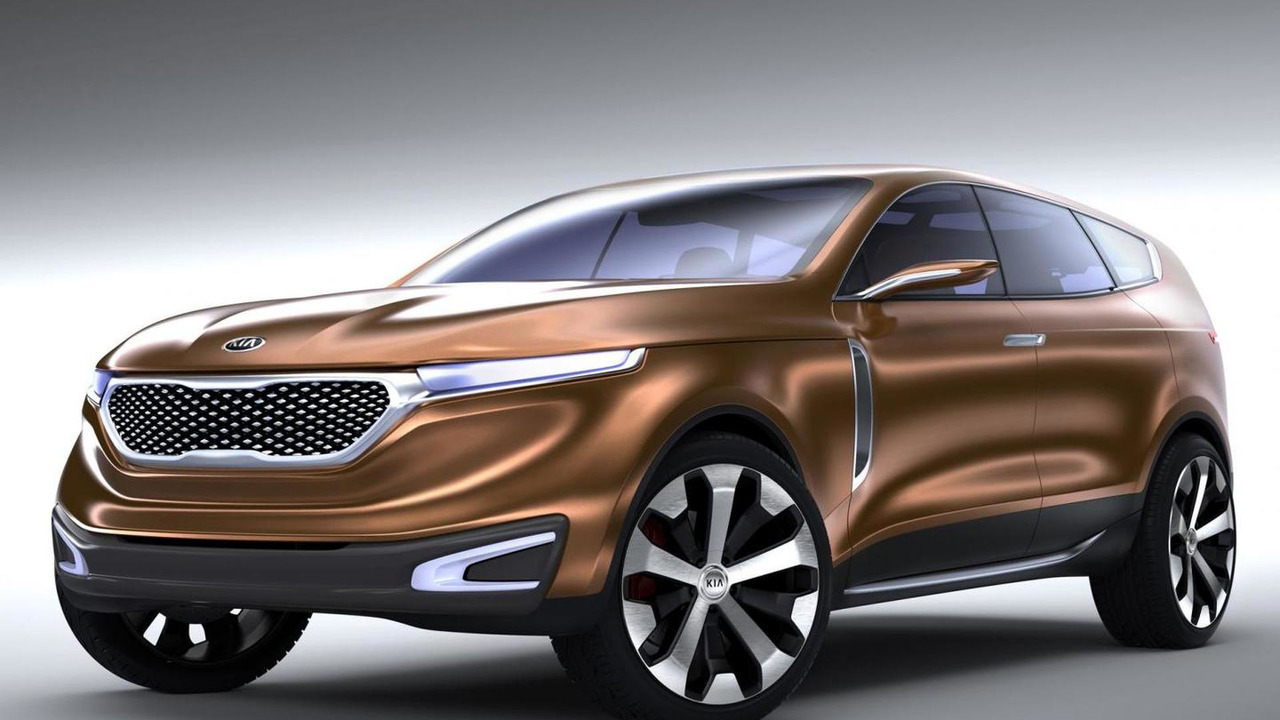 The first photos with the Kia Cross GT Concept have surfaced the Internet ahead of later today's debut in Chicago.

The first photos with the Kia Cross GT Concept have surfaced the Internet ahead of later today’s debut in Chicago.

Following an announcement made at the end of last month, Kia will be unveiling today in Chicago the Cross GT Concept which hints at a future "premium" crossover bigger than the Sorento which makes as think of a Borrego successor.

The concept looks far from being a production model but Kia has previously mentioned it previews the firm's upcoming styling direction. We notice the interesting glass roof, slender headlights, a large front grille, chunky alloys and an upward sweeping shoulder line.

We'll have more details later today after the car's arrival in Chicago.