Small aero tweaks set the Puma apart from the pack, not to mention more horsepower under the hood.

We’re still getting acquainted with the new Fiesta-based Ford Puma. By that, we mean folks not in North America, where neither the Puma nor Fiesta will be offered. Now, we have spy shots of the hotter ST version, and while the small crossover is fully wrapped in camo, we get a taste of the aero tweaks coming for the performance model. 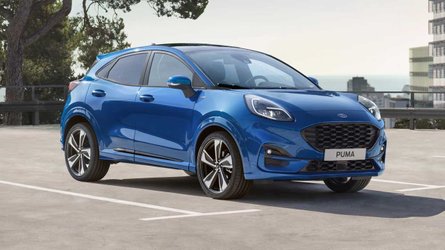 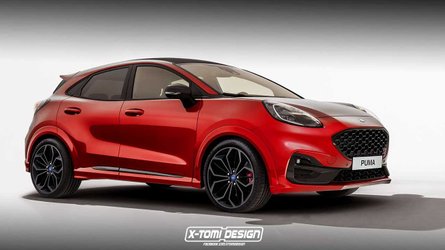 The differences are subtle-yet-noticeable. The front fascia reaches a bit lower, likely incorporating a chin spoiler. A different grille should be coming, though this one appears to be a placeholder for now. Bold trim for the wheel arches should give the ST a sportier stance without changing up the body panels, and that will be further emphasized by ST-specific wheels and bigger brakes behind them. At the rear, expect some snazzy trim on the fascia beneath the camo wrap. We can definitely see a more prominent roof spoiler up top, and the big giveaway this is an ST prototype are the dual exhaust outlets on the right side of the bumper.

Of course, aero updates are only part of the ST formula. Nothing is confirmed obviously, but with the Puma being a slightly taller, rounder Fiesta, there’s no reason to believe it won’t share the ST’s turbocharged engine. To refresh your memory, the current Fiesta ST offers a 1.5-liter EcoBoost three-cylinder producing 198 horsepower (148 kilowatts) and 214 pound-feet (290 Newton-meters) of twist, shifted the old-fashioned way with a clutch pedal and six manually-operated ratios. It’s enough to hustle the Fiesta to 60 mph in around 6.5 seconds, though we suspect the bulkier Puma would need a bit more time to do the same sprint.

The Puma launched in June with a sporty ST-Line trim, but getting an actual ST will take a bit longer. We suspect the hotter compact crossover will debut sometime next year, possibly as a 2021 model.