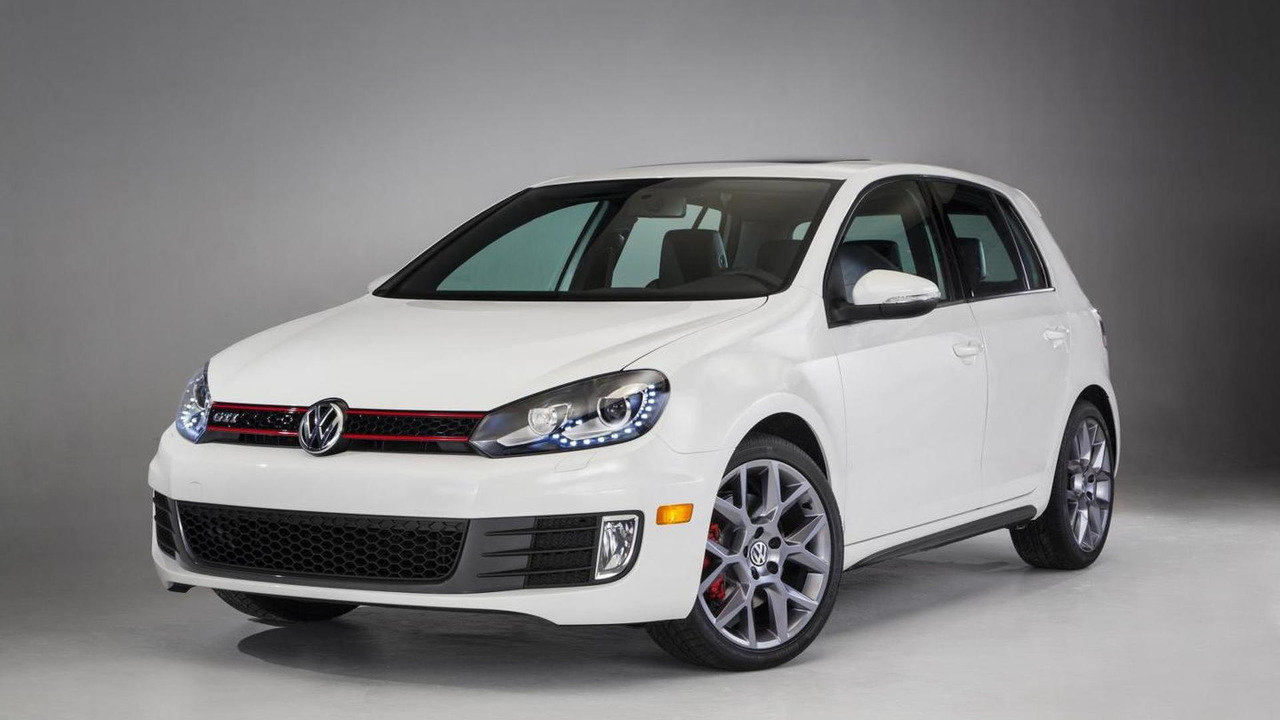 Volkswagen has announced in Chicago two limited editions of the sixth-gen Golf GTI which will go on sale later this year in the U.S.

Volkswagen has announced in Chicago two limited editions of the sixth-gen Golf GTI which will go on sale later this year in the U.S.

Although the seventh-gen Golf is already on sale in Europe, VW USA is launching its traditional final special editions of the Golf VI GTI. The new models are called Wolfsburg Edition and Driver's Edition and will be offered in limited quantities as a four-door and in three colors: Deep Black, Carbon Steel Gray and Candy White.

The GTI Wolfsburg Edition is limited to 2,000 units and will be the first to go on sale in this quarter. It costs 25,095 USD for the 6-speed manual version or 26,195 USD for the version equipped with the 6-speed DSG dual-clutch gearbox. It rides on 18-inch Laguna wheels and comes with red-stitched carpeted floor mats and retro-themed golf ball shifter knob.

The GTI Driver's Edition will be available in 3,000 units from Q2 and is priced from 29,695 USD with the manual or 30,795 USD with the automatic. It has the Sunroof and Navigation package, as well as the same alloy wheels, shifter knob, floor mats, along with partial leather seat coverings. This version comes bundled with a Certificate of Authenticity, hat, parking sign and keychain.

As a reminder, the U.S.-spec Golf VII will enter production in Q1 2014 in Puebla.