The Supra stands up to the serious challenge.

In a new video, CarWow stages a four-way drag race and other tests for a tuned Alpine A110, Audi TT RS, Porsche 718 Cayman GTS, and Toyota Supra. As only a semi-European with its BMW-sourced drivetrain but Japanese tuning, the Supra is the odd machine of the group. See how it performs against the rivals. 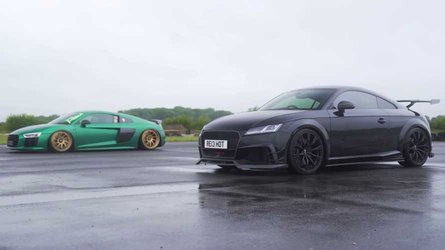 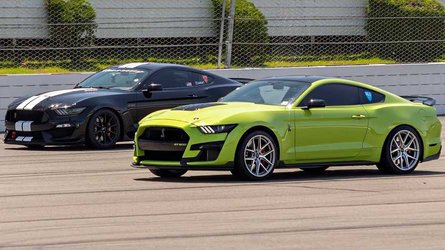 The first test is a quarter-mile drag race. Without spoiling the results, the Supra posts a 12.1-second time over the distance. The figure is right in line with the 12.0-second figure from an earlier CarWow evaluation for the new coupe.

Next, there's a rolling race from 50 miles per hour (81 kilometers per hour), which is a test of the models' highway passing ability. The Supra actually keeps up with the Porsche initially before falling behind its far more expensive competitor.

Finally, there's a braking test from 70 mph (113 kph). All four vehicles have very close results in this evaluation. From the top-down perspective, it appears that the Supra finishes in second but is within a few feet of the first-place vehicle.

The Supra doesn't win any of these tests, but it shows impressive performance against the European competitors. The results are especially notable because the 718 Cayman GTS and TT RS are higher-level trims in their respective ranges, and the A110 has some extra tuning. Hotter versions of the Supra are on the way that should be an even more potent challenger in an evaluation like this.

Early indications suggest the new Supra responds very well to tuning, too. With just an ECU tune, the engine can make 420 horsepower (313 kilowatts) and 440 pound-feet (597 Newton-meters) torque at the crank – rather than the stock 335 hp (250 kW) and 365 lb-ft (495 Nm) torque. Replacing the stock downpipe and exhaust reportedly pushes the figure to 450 hp (336 kW). As tuners better understand the Supra, look for even bigger upgrades to arrive.