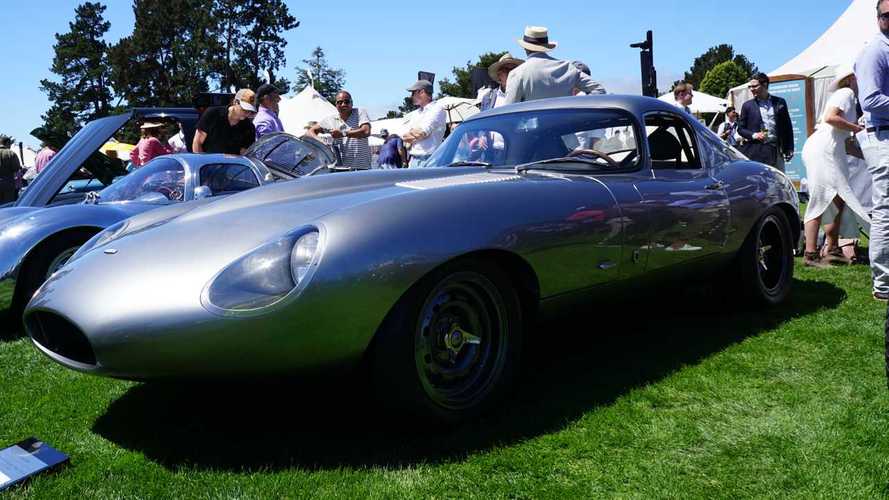 It took eight years to replicate the rarest Jaguar E-Type of all time.

[UPDATE, August 18] Live images have been added at the beginning of the gallery, below.

Jaguar may have had restored 10 Series 1 E-Types more than two years ago, but nothing beats the rarest of them all – the 1963 Jaguar E-Type Low Drag Coupe affectionately known as the 49FXN. The Jaguar racer is so rare, only one of the aerodynamically-improved E-Type rolled out of the factory.

With that, it would be so great to see the legendary race car once more; if only someone could restore or replicate one.

Well, say no more. Marco Diez of Diez Concepts finally unveiled its own take at the sleek Jaguar race car, which was teased earlier this month. The restomod E-Type debuted on the lawn of The Quail Lodge Resort & Golf Club for The Quail, A Motorsports Gathering.

Just like the original, the Diez Concept's Jaguar E-Type Low Drag Coupe replica has its own monicker, dubbed as the OWL226 because of its California registration. It was made with a goal to recreate the original body and drivetrain of the 49FXN while carrying a refined interior.

Diez Concepts also sought the help of Fast Cars Ltd. and UK coachbuilders RS Panels in making this masterpiece. It was an eight-year meticulous process – so much so that most of the screws used were machined specifically for the project.

"Unveiling this car at The Quail, A Motorsports Gathering was the culmination of nearly a decade’s work," said Marco Diez, owner and designer of OWL226. "This Jaguar E-Type Low Drag Coupe has been a passion project. I believe ‘49FXN’ is one of the most beautiful automobiles ever made, so to take inspiration from that and make it my own is a dream come true."

Cars Revealed At The Monterey Car Week So Far:

The Jaguar E-Type Low Drag Coupe OWL662 is powered by a 380-hp 3.8-liter straight-six Crosthwaite and Gardiner engine, a modern-day example of what the original has before. It also has a unique ram-air intake that feeds air to the side draft Weber carburetors, also taken from the original 49FXN.

After its The Quail debut, the Jaguar E-Type Low Drag Coupe OWL662 will have additional public appearances, which will be announced soon.