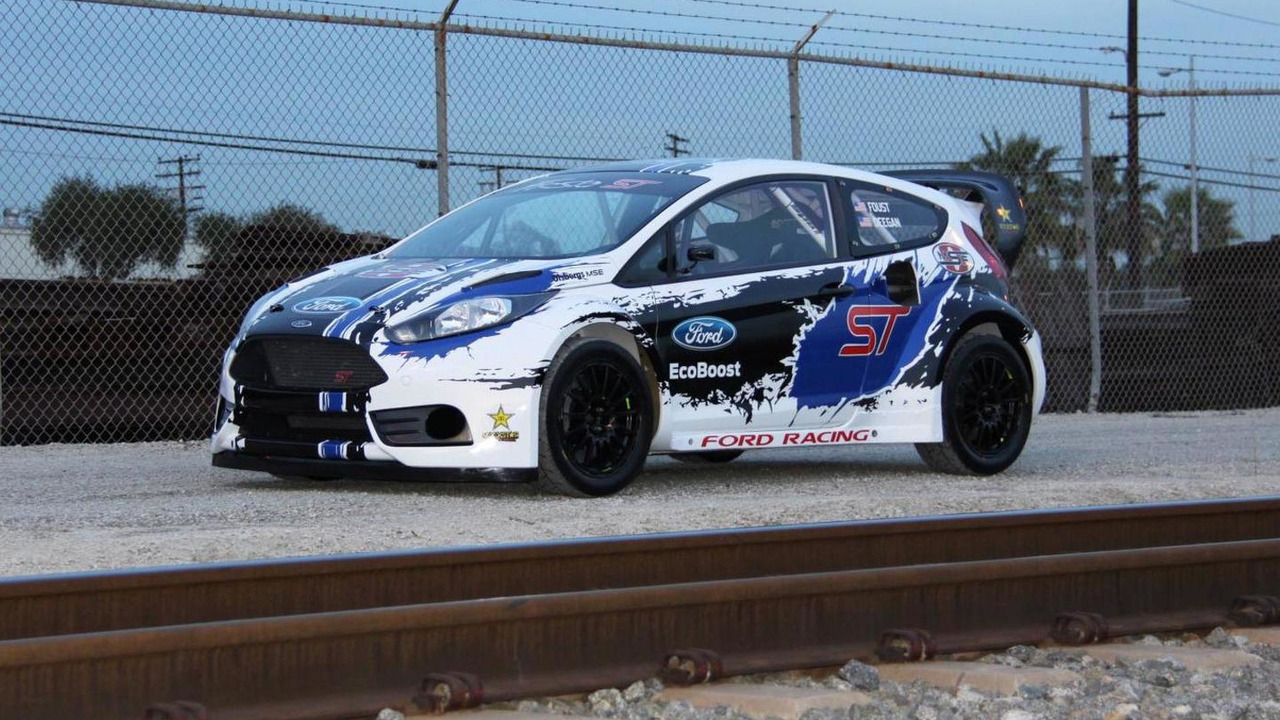 Ford Racing and OlsbergsMSE will unveil the Fiesta ST GRC tomorrow at the 2013 Chicago Auto Show.

Ford Racing and OlsbergsMSE will unveil the Fiesta ST GRC tomorrow at the 2013 Chicago Auto Show.

The race car is based on the 2014 U.S.-spec Fiesta ST and will be driven by Ken Block, Tanner Foust and Brian Deegan. This is a result of the collaboration between Ford Racing and OlsbergsMSE who have signed a multi-year partnership to compete in the Global RallyCross Championship and the X Games.

This year's Global RallyCross Championship will feature five North American events, along with four X Games with RallyCross competition. The Blue Oval company is the only sponsor of the four 2013 summer global X Games which will feature the usual event in Los Angeles, along with new venues in Germany, Spain and Brazil.

Check out the press release for more details.