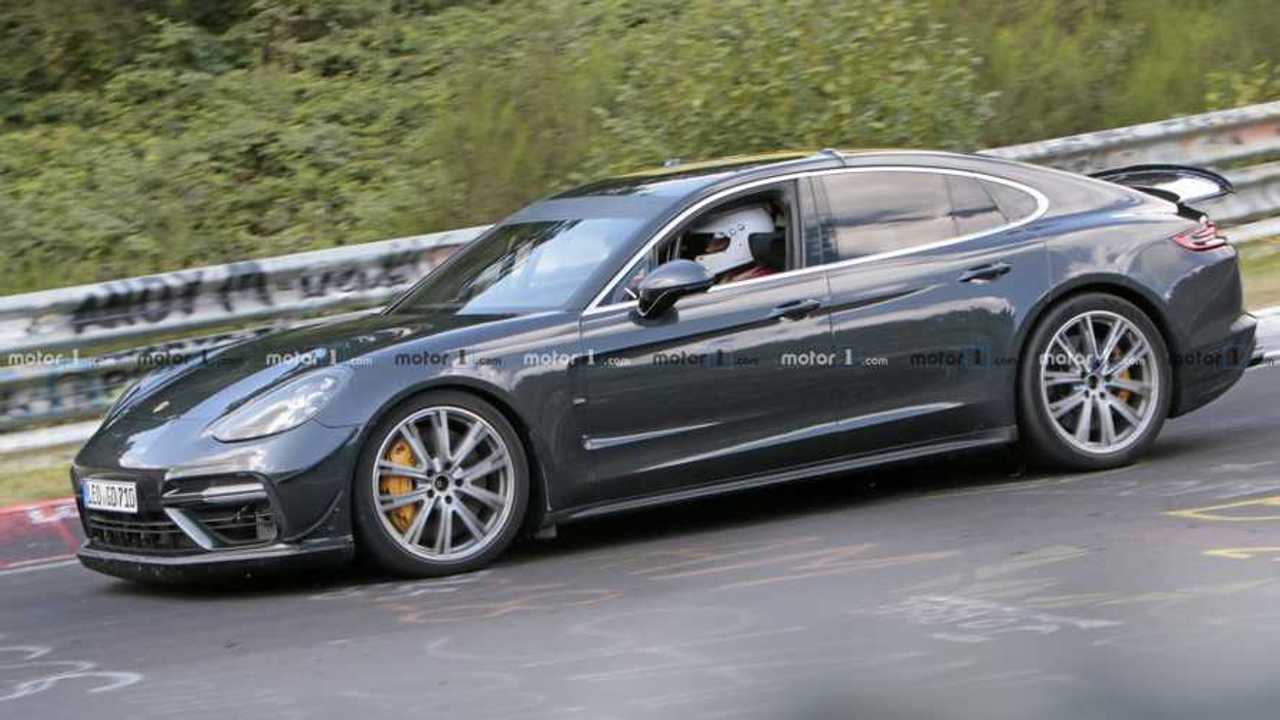 Is Porsche cooking up a track-focused Panamera?

Several batches of spy shots have revealed Porsche is preparing a minor mid-cycle refresh for the Panamera lineup, but this new set of images hints at a more important change for the hatchback, at least. Caught doing its thing at the Nürburgring gym, this prototype might look like your typical Panamera in the spicy Turbo flavor, but there are some changes at the front and rear suggesting it’s a hotter variant.

A pair of canards is noticeable on the corners of the front bumper, while the back of the car prototype has gained a gurney flap for the spoiler. While we’re expecting to find these on a possible production model, we highly doubt the test vehicle’s roll cage will be installed in customer-spec cars. What could Porsche possibly be testing? It’s hard to say, but one could speculate it’s working on an aero kit for the Panamera facelift to make it go faster around a track for what could be an equivalent of the GT3 recipe used for the 911.

Let’s keep in mind the rumor mill is churning some gossip about a Panamera coupe and even a convertible, so the facelifted lineup might grow beyond this possible track-focused derivative.