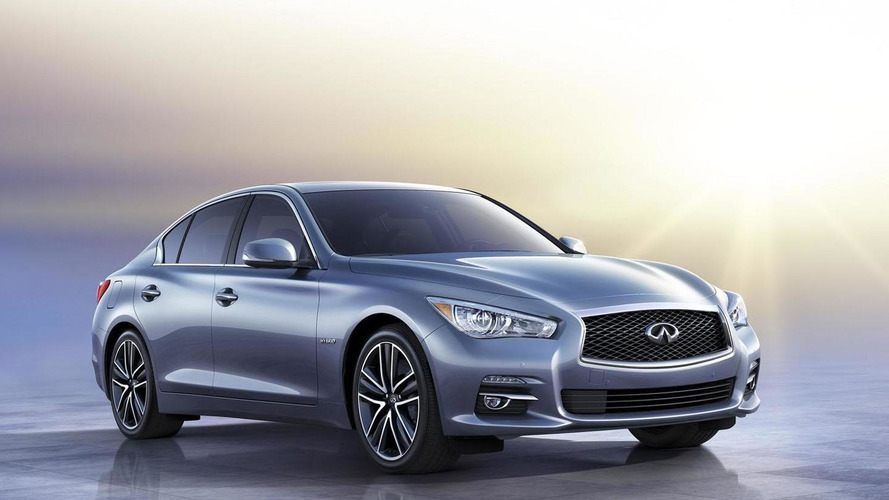 Infiniti has announced plans to stage the European debut of the Q50 at the Geneva Motor Show. They will also introduce several new engines sourced from Daimler AG.

Infiniti has announced plans to stage the European debut of the Q50 at the Geneva Motor Show.

As part of the car's introduction, Infiniti will show off several new powertrains that are a result of their partnership with Daimler. The company withheld further details, but Bernard Loire - Infiniti's Vice President of Africa, the Middle East and Europe (AMIE) - hinted “The Infiniti Q50 is a world-class sports saloon with an engine line-up that will clearly demonstrate its intentions to be a major player within the European premium market."

Detailed specifications won't be released until March 5th, but previous reports have indicated we can expect a turbocharged four-cylinder petrol engine as well as a four-cylinder diesel engine.