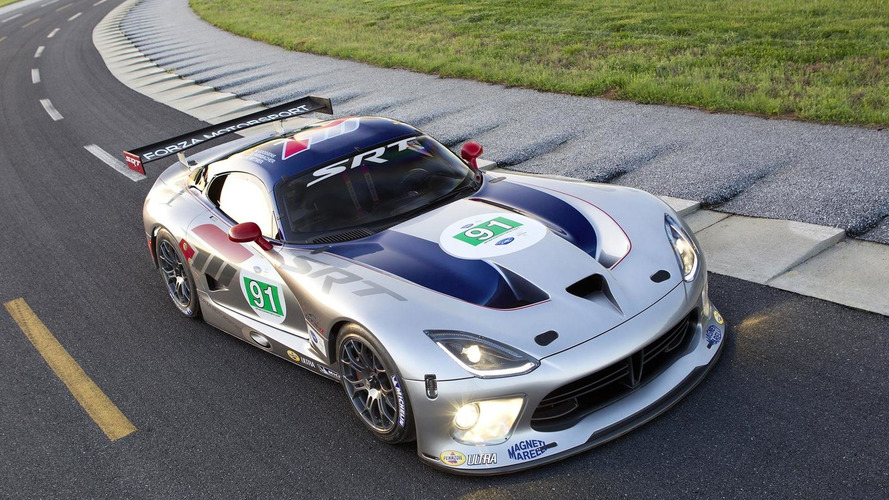 SRT has announced plans to compete in the 24 Hours of Le Mans with two Viper GTS-Rs. They will be fielded in the LM GTE Pro class.

SRT has announced plans to compete in the 24 Hours of Le Mans with two Viper GTS-Rs.

Set to enter the LM GTE Pro class, the model will attempt to recreate the remarkable string of victories that occurred in the late 1990's. Starting in 1998, the Viper placed first and second in GTS class for three consecutive years.

In a statement, SRT CEO Ralph Gilles said "Historically the Viper GTS-R has enjoyed great success at Le Mans, so we couldn’t be more excited and proud to accept the challenge to return to France and continue composing the next chapter in the history of Viper racing at such an historic venue.”

As we have previously reported, the Viper GTS-R was jointly developed with Riley Technologies and features an aerodynamic body kit with new bumpers, a revised hood and a prominent rear wing. In American Le Mans Series spec, the cars have to weigh at least 2,745 lbs (1,245 kg), produce 450-500 hp (336-373 kW) and have a limited top speed of 180 mph (290 km/h).