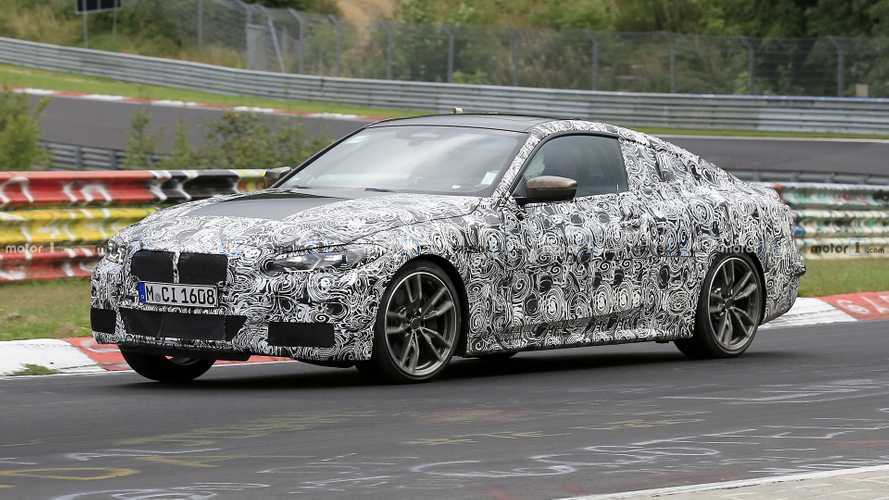 We could see an official reveal before the end of the year.

[UPDATE, August 15] 31 new spy shots have been added at the beginning of the gallery, below.

BMW is preparing to update its 4 Series coupe and convertible. While we’ve spotted the drop-top BMW torture testing its tires at the Nürburgring, we’ve only spotted the coupe on the back of a trailer. That’s changed with new spy photos showing the new 4 Series testing under its own power. Sadly, it’s still covered in camouflage, but we can discern a few details.

Coupe development appears further along than the convertible with the test mule in the photos sporting the appropriate headlights and taillights. We saw these in earlier spy photos with different parts obscured with camouflage. Padding and camo also obscure much of the car’s design underneath. However, it should mimic the 8 Series coupe styling, which should make the new 4 Series an attractive and sporty two-door.

While it’s difficult to pick out any design details, the camouflage does have trouble hiding the overall shape and proportions. The coupe has a prettier roof slope to the rear decklid compared to the convertible, a benefit of the fixed-roof design. The hood doesn’t look obnoxiously long, giving the coupe impeccable proportions.

Powertrain information is still a mystery; however, it should share identical engines and transmissions with the convertible variant, including a possible plug-in hybrid version. Expect a more powerful M4 offering in both flavors likely using BMW’s 3.0-liter twin-turbo inline-six engine making 473 horsepower (352 kilowatts) in the standard tune or 503 hp (375 kW) for the Competition trim. BMW will also likely offer both the seven-speed dual-clutch automatic and manual gearboxes. All-wheel drive is also rumored.