There's more torque in the standard model, too.

There’s much to love about the new Lincoln Aviator. The suave SUV soared into the scene late November at the 2018 Los Angeles Auto Show, and its elegant demeanor both inside and out seriously grabbed our attention. We couldn’t wait to drive it, and after nine months of patience, our man Brandon Turkus is in the process of doing that right now. However, before even setting foot in the Aviator he was greeted with a pleasant surprise. Lincoln has revised the SUV’s power output upward, and as you can see in the headline, it’s a rather significant change for the hybrid. 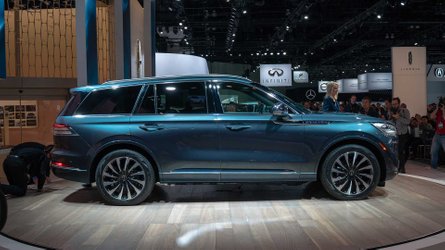 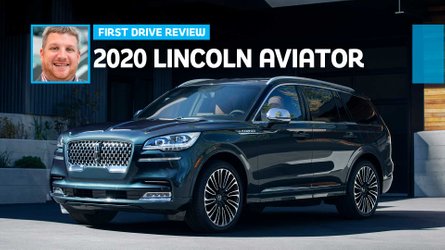 When Lincoln unveiled the Aviator, it was listed as offering 450 horsepower (336 kilowatts) in Grand Touring guise with the optional hybrid powertrain, pairing the SUV’s 3.0-liter twin-turbo V6 with electric power. Technically speaking, it was “projected” to hit that figure, but with all the testing and certification compete, it’s quite clear that Lincoln was erring heavily on the side of caution. With a combined output of 494 hp (368 kW), the Aviator is one of the more powerful people movers available in the midsize luxury SUV segment.

The hybrid model isn’t the only Aviator to see a power bump. The standard version also runs the twin-turbo six-pot that dishes up 400 hp (298 kw) on its own. That figure hasn’t changed, however, the torque rating of 415 pound-feet (563 Newton-meters) is up slightly from the 400 lb-ft (542 Nm) estimate we were told in November.

What does this mean for the Aviator’s performance? Such figures were not offered at the SUV’s LA debut, estimates or otherwise. With almost 500 hp on tap, however, the hybrid could well be a proper stoplight sleeper with the ability to embarrass some muscular performance machines. We’re sampling the Aviator right now on a first drive event, and we can’t wait to share all the cool details on this hot rod Lincoln. Look for that Motor1.com feature coming soon.