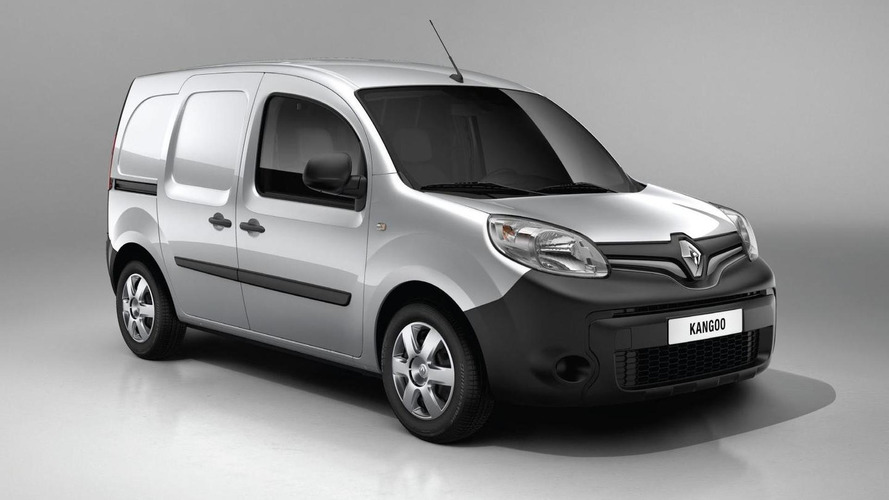 Renault has launched the facelift for the Kangoo and its Z.E. electric variant. Available with two wheelbase lengths.

Renault has launched the facelift for the Kangoo and its Z.E. electric variant.

The second generation of the van debuted in 2008 and now has received a long-awaited facelift which comes with a new front end from Renault's new design language featuring a more prominent and vertically-positioned logo. The headlights and door mirrors have also been restyled, while the interior gets a new steering wheel, center console and better materials.

It will be offered in two wheelbase lengths and a 1.5-liter dCi diesel engine producing 75 hp (56 kW), 90 hp (67 kW) and 110 hp (82 kW). Kangoo Maxi can be ordered with either a two- or five-seat layout, while the Crew version has a rear seat which can be tipped forward when carrying long loads.

The Renault Kangoo Van Z.E.'s socket has been repositioned behind the logo at the front and it needs 6 to 9 hours for a full charge from a regular socket. The electric version has a sound-emitting system which is activated at speeds of up to 19 mph (30.58 km/h) to warn pedestrians.

More details about the 2013 Kangoo range are available in the press release section.