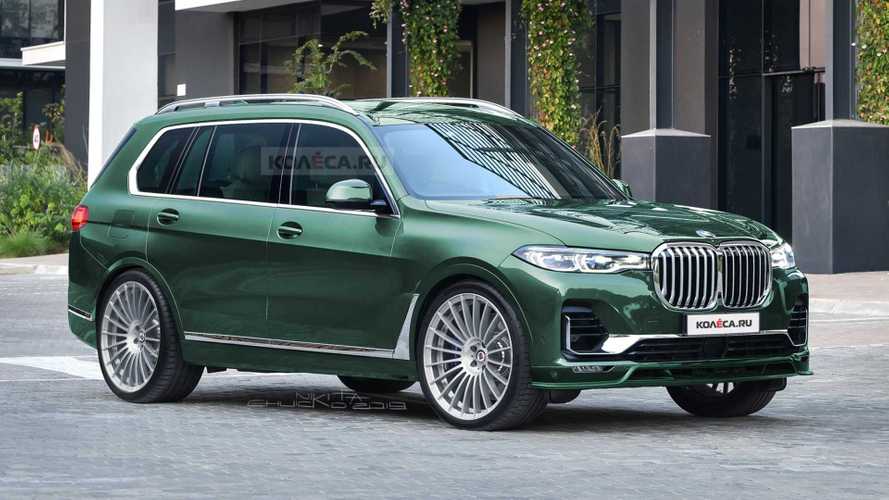 Both gasoline and diesel versions could be in the pipeline.

A little over a month ago, Motor1.com sat down and had a chat with Alpina about a variety of topics, one of which was the possibility of an amped-up BMW X7. Just a few short weeks later, our own spies caught on camera a lightly disguised prototype of the performance SUV while undergoing testing at the Nürburgring.

The camouflage has now been removed in the digital realm courtesy of a Photoshop project elaborated by our colleagues at Kolesa.ru. Truth be told, it’s not exactly hard to imagine Alpina’s take on a BMW product taking into consideration the Buchloe-based company is known for its subtle styling tweaks. As you’d expect, the adjacent rendering is based on the most recent spy shots of the brawny SUV, complete with Alpina’s signature multi-spoke wheels and quad exhausts.

The Hulk of SUVs will address the issue of the missing X7 M that BMW is not keen on making for whatever reason, although the company recently said it has a better business case than an M1. Alpina’s take on the largest SUV from Bavaria could have a split personality as there could be both XB7 and XD7 models, with the former packing a gasoline-fueled engine and the latter running on “Devil’s fuel” – diesel.

The Alpina XB7 will probably utilize an uprated version of the ubiquitous twin-turbo 4.4-liter V8 taken to somewhere in the region of 600 horsepower. That would be a nice bump over the 523 hp available in today’s X7 M50i. As for the diesel, it would primarily target Europe and feature a quad-turbo inline-six 3.0-liter likely massaged to churn more than the 394 hp and 560 lb-ft (760 Nm) available in the X7 M50d standard diesel monster.

Aside from the discreet cosmetic revisions and the upgraded engines, the Alpina X7 is also expected to boast a revised suspension setup to make the fullsize SUV a bit more agile while going through the corners – as agile as a three-row heavy SUV can possibly be...

Expect the BMW X7 fiddled by Alpina to arrive at some point in 2020, with more models in the pipeline. These include the already spied Alpina B3 and a confirmed beefier version of the BMW 8 Series Gran Coupe. Meanwhile, Alpina holds the record for the fastest sedan in the world – the 2020 B7 and its impressive 205-mph velocity.