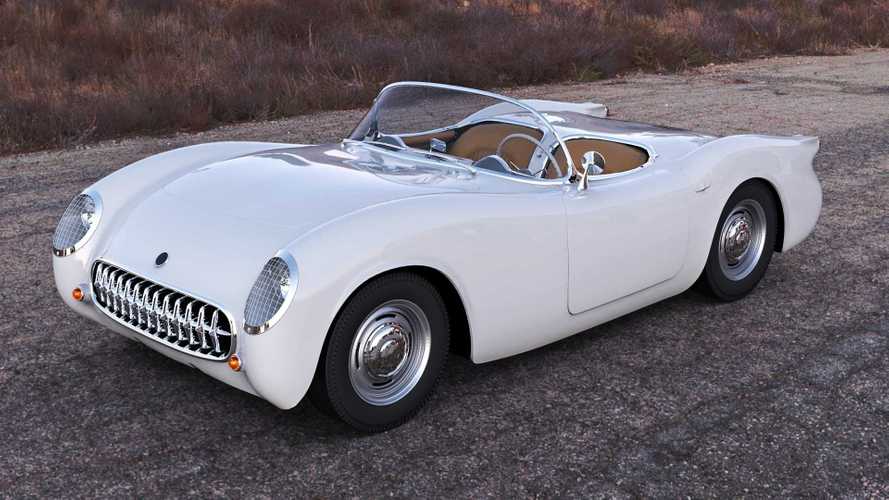 The iconic C1, now with the horses in the back.

After what feels like a half-century of foreplay, the mid-engine Corvette is finally here. You may have caught wind of the new Chevrolet sports car given the many, many, many stories we've written about it. But can you blame us? A hearty 495 horsepower (369 kW) and 470 pound-feet (637 Newton-meters) of torque paired with a price tag of less than $60,000 to start makes the C8 extremely enticing.

But what if Chevy settled on a mid-engine 'Vette from the beginning?

Rendering artist Abimelec Design visualizes what a first-gen Corvette might look like with the same layout as its C8 sibling. His vision of a mid-engine C1 Corvette is excellent, and it makes us wish Chevy went with the centrally located engine layout at the start. The digital renderings show the iconic convertible C1 from 1953 – with most of its original design cues – now wielding an engine behind seats rather than in front of them.

"The retro 'what-if' cars are super fun to make and you guys absolutely love them," the artist behind Abimelec Design notes in a Facebook post. "So I definitely had to bring more…. I present you America's new revolutionary sports car: The Chevrolet Corvette! Back in '53 the only other comparable car would be the Porsche 550 Spyder and Porsche 718 from later years."

Much like the artist's previous designs (including the mid-engine Viper, the retro 1969 Dodge Charger Hellcat, and the Jeep Trackhawk) Abimelec went so far as to create retro ads for the C1, and "photos" of the mid-engine ‘Vette fresh off the factory floor. The end result is a fantastic study that takes us back in time and shows what could have been. If only Chevy would have listened to Zora from the beginning…