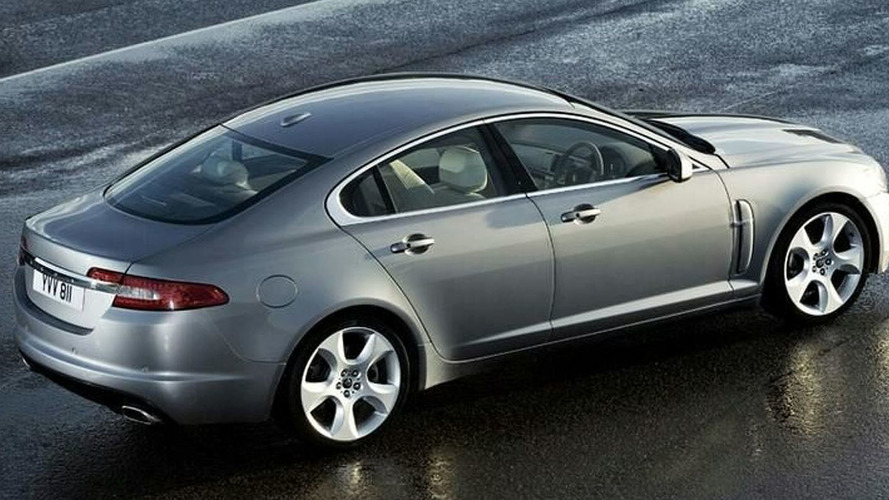 Caught undisguised earlier this month and now surfacing officially ahead of its Frankfurt debut, this is Jaguar's highly-anticipated S-Type replacement. The new XF saloon embodies Jaguar's new design philosophy for the first time in a production four-door

Caught undisguised earlier this month and now surfacing ahead of its Frankfurt debut, this is Jaguar's highly-anticipated S-Type replacement. The new XF saloon embodies Jaguar's new design philosophy for the first time in a production four-door saloon model, following the C-XF concept car shown at this year's Detroit Show and the XK, released in 2006.

Departing 'double-barrel' headlights at the front and taking cues from - how to put this - 'a high-end marque previously under the Ford stable' at the rear, the new Jag is styled specifically to shed its stodgy, British lines. Following the XK in opening up the range to a younger market, the XF remains true to the age-old Jaguar philosophy: producing beautiful, fast cars that stir the soul.

Fusing sports car refinement and performance with the features of a luxury saloon, the XF raises the bar. Four versions of the XF will be on offer. Kicking off the range will be a 240 hp (179 kW) 3.0-litre V6 and a 210 hp (157 kW) 2.7-litre turbodiesel; the latter achieving the 0-60 mph sprint in 7.9 seconds, and onto a 143 mph top speed. A naturally-aspirated 4.2-litre V8 model with 300 hp (224 kW) hits 60 mph from standstill in 6.2 seconds. The flagship XF, dubbed the 'SV8', will be powered by a 420 hp (313 kW) supercharged version of the same V8 engine, taking just 5.4 seconds in the 0-60 mph jaunt. All models, bar the turbodiesel, are electronically-limited to 155 mph and are linked to a six-speed automatic gearbox with steering wheel mounted paddle shifters.

While using a conventional chassis like its predecessor, the XF utilises aluminium, magnesium and composites to reduce its weight to 1749 kg for the naturally-aspirated V8 to 1842 kg for the supercharged version. The new car shares its wheelbase with the outgoing vehicle at 2909mm, also sharing its double wishbone front and multi-link rear suspension set-up.

This is a crucial new model for the firm, whose present owner Ford have put it on the open market and are rumoured to be in acquisition talks with a number of potential buyers. Expect the XF to hit showrooms later this year.