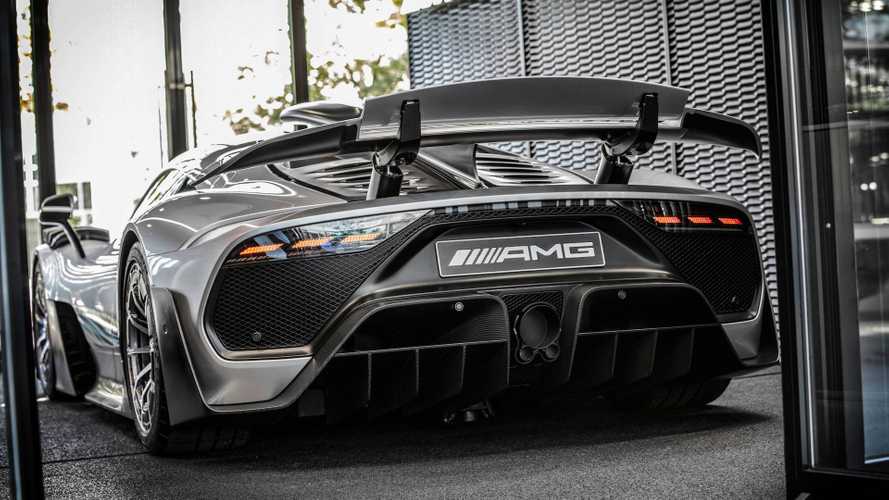 Putting an F1 engine into a road car isn't easy.

Remember the Mercedes-AMG Project One? Actually, these days it’s just One, and though we doubt any proper petrolhead can forget a road-going 1,000-horsepower hypercar fitted with an F1 engine, we wouldn’t blame you if it's not in your daily thoughts. It was revealed nearly two years ago, but we’ve yet to see a single production model emerge from Affalterbach. A new report from the German website Auto Motor Sport now suggests we’ll be waiting another two years for the hypercar to arrive.

There Can Be Only One. . . Eventually:

What’s the problem? According to the report, it’s not exactly easy to adapt an F1 engine for use in a street-legal vehicle. That probably comes as a tremendous surprise to everyone, but sarcasm aside, apparently it was something of a surprise to AMG engineers. The report cites an anonymous insider who claims engine specialists at the company “underestimated the task” of recasting the mighty 1.6-liter V6 for production duty.

In their defense, updated testing and emissions regulations have made things tougher in the European sector. The World Harmonized Light Vehicle Test Procedure (WLTP) more closely follows real-world activity, and it’s caused some automakers to curtail power or even discontinue certain models. Mercedes-AMG doesn’t really have that luxury, as it promised buyers a car with a legit F1 engine and at least 1,000 hp. Only 275 examples will be built and all are sold, and with a price tag of $2.7 million, we suspect owners will hold the automaker to its promise.

Aside from emissions, the report also talks about the special needs an actual F1 engine requires. We touched on this in an article from July, but in short, one simply doesn’t get into an F1 car and hit the start button. Among other things, F1 cars don’t have a start button – the engines are fired up with an external starter. Before that happens the oil has to be warmed up, and then there’s the longevity of a very small engine spinning very fast. Granted, these 275 units won’t be daily drivers by any stretch of the imagination, but reliability is certainly a factor.

Hopefully, Mercedes-AMG gets everything sorted sooner rather than later. We really want to see this monster in action.