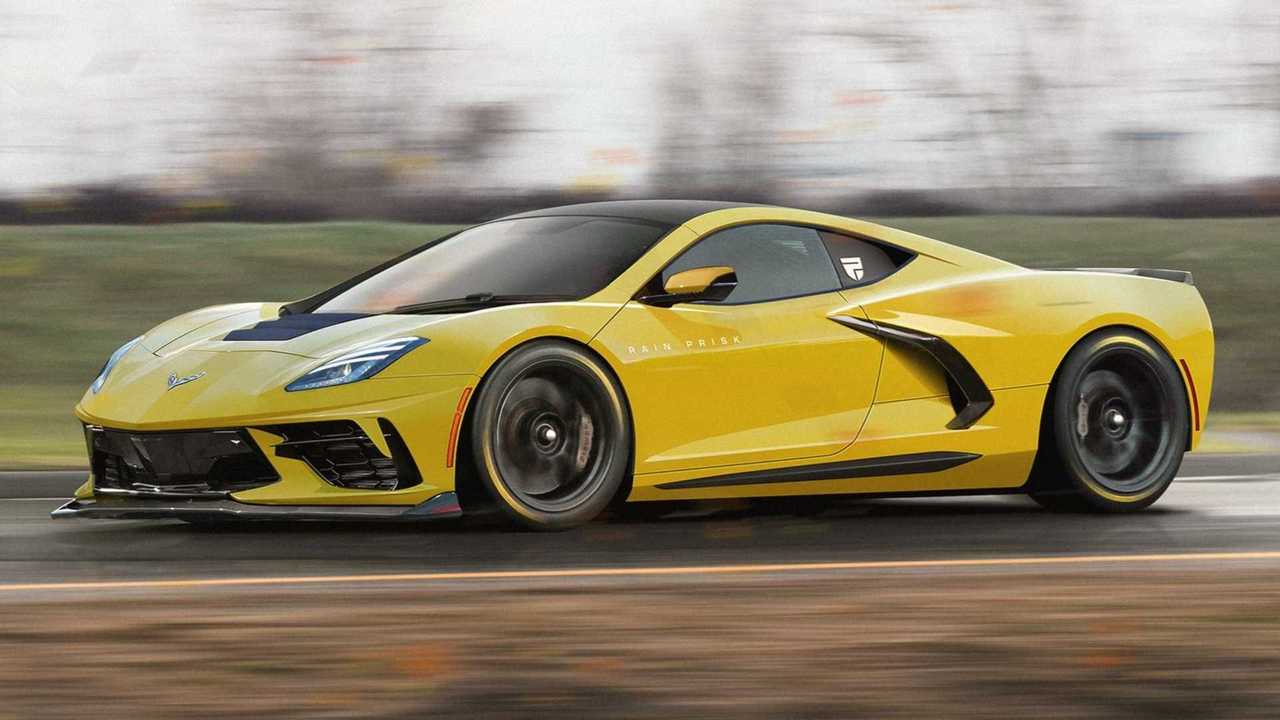 Mashing together the C7 and C8 generations results in a gorgeous Corvette.

Rain Prisk is a very talented rendering artist, but he outdoes himself with a new image that imagines a version of the Chevrolet Corvette C8 with styling cues from the C7 generation. The result arguably looks even better than the real-world C8.

The C7 cues are most noticeable at the front. Rather than the C8's pointy headlights, Prisk uses the previous generation's version with more rounded edges and strips of LED running lights along the top. The hood also wears the vented hood from the ZR1, and, while the openings probably wouldn't be very functional on the mid-engined Corvette, they look fantastic.

The C7 styling inspiration at the rear is a bit more subtle. The rear deck is flatter than on the C8, and the headlights don't wrap around the back. The simple curve of the bumper is also different from the new 'Vette's more angular design at the tail.

Even with the styling tweaks, the Corvette's 6.2-liter V8 should still fit under the rear engine cover. The mill produces 495 horsepower (369 kilowatts) with the optional Z51 Performance Package. According to Chevy, this powertrain gets the new 'Vette to 60 miles per hour (96 kilometers per hour) in less than three seconds.

A meaner looking take on the new 'Vette should arrive eventually. Rumors suggest it might go under the moniker of Zora in a nod to Zora Arkus-Duntov, an extremely important engineer in the vehicle's history. For a power boost,  this variant may use a version of the twin-turbo V8 that Cadillac brands as the Blackwing.