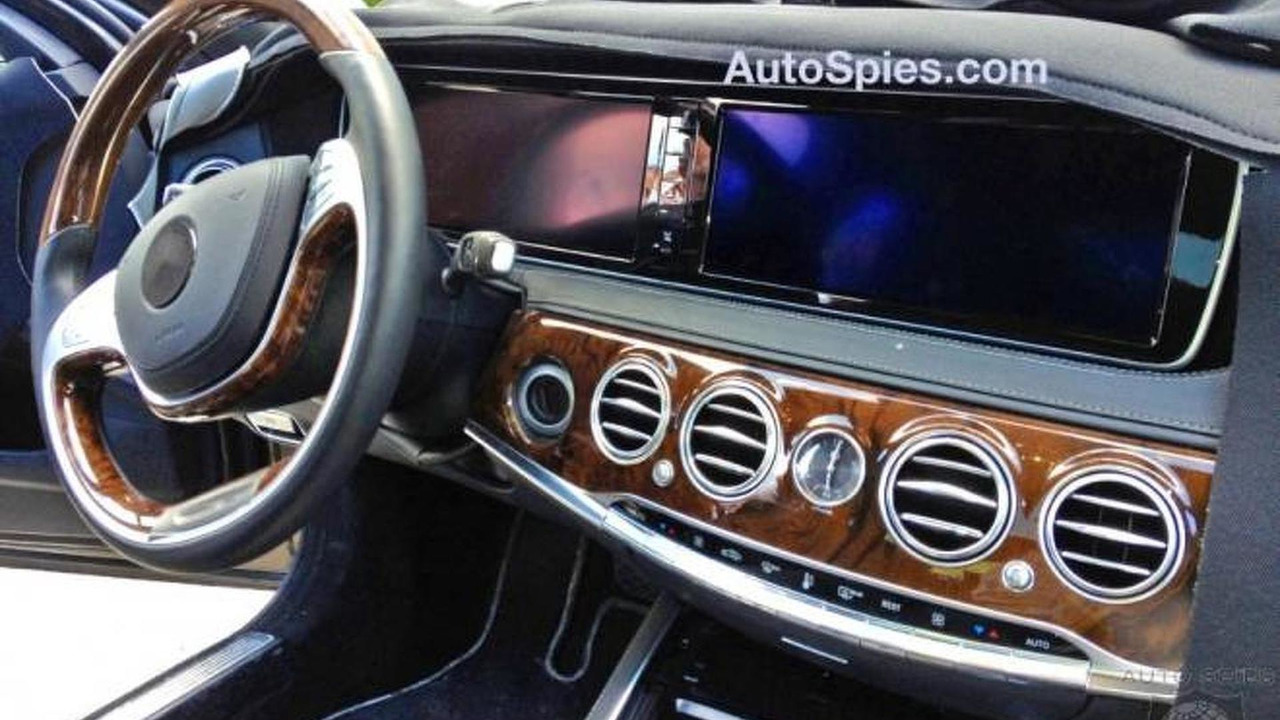 The guys over at AutoSpies.com have recently photographed a 2013 Mercedes-Benz S-Class prototype.

The guys over at AutoSpies.com have recently photographed a 2013 Mercedes-Benz S-Class prototype.

This is the most revealing photo of what could be the interior cabin of the new S-Class. We are a bit cautious though as it could turn out to be a decoy. Anyway, the two LCD screens are larger than originally thought and come with a glossy framing which could impose some problems under sunlight.

The overall design is evolutionary as it's not totally different from the current model, but there are still significant changes showcasing the more advanced tech implemented. The prototype spied featured a 360-degree camera which originally made its debut on the new GL-Class. Other highlights include larger swaths of wood and a two-spoke steering wheel.

Check out the source link below for a full gallery.