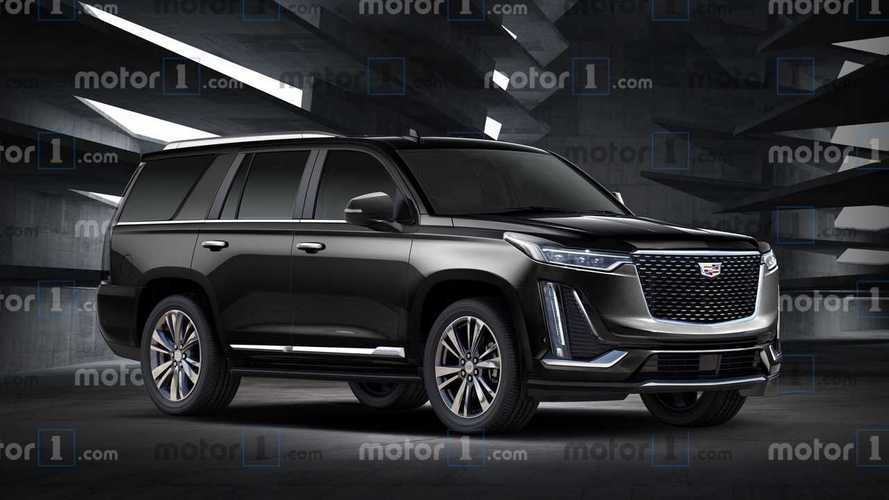 Time to get Escalade.

It’s no secret the Cadillac Escalade is gearing up for a redesign. Earmarked to debut for the 2021 model year, the next-generation Escalade will continue on as a full-size, body-on-frame SUV with three rows of seats. Those willing to sacrifice some space can always opt for the smaller, three-row XT6 crossover.

While the Escalade and XT6 target different three-row consumers, the two people movers are sure to share key styling features. As our rendering shows, the upcoming Escalade is expected to trade the current model’s vertical headlights for a set of horizontal units that merge into the brand's polygon grille. Like the XT6, the Escalade will likely maintain a connection to its old headlamp shape by way of massive vertical LED driving lights in the lower fascia.

The end result is a mug that’s far more handsome, if a wee bit less brash, than the current model's. Front-end aside, we expect a very evolutionary look for the rest of the Escalade’s exterior styling, including the rear end, which we anticipate will maintain the current model’s oversized taillights, albeit with more modern LED styling details.

Unlike its exterior design, the Escalade’s underpinnings and innards are due for more revolutionary changes. Notably, an independent rear suspension replaces the current live axle, while a rumored high-performance model will sport a supercharged 6.2-liter V8 under its hood. Dubbed LT4, and also used in the likes of the Camaro ZL1, the forced-induction engine may endow the Escalade with as much as 650-horsepower.

Look for Cadillac’s latest interior design language to find its way inside the SUV, as well. Spy photos show a large dash-mounted infotainment screen, digital gauge cluster, and plenty of wood and metal trim. Expect the brand’s latest infotainment controller from the 2020 XT5 and XT6 to sit on the center console, while a shift-by-wire shift lever is due to replace the current column-mounted unit.