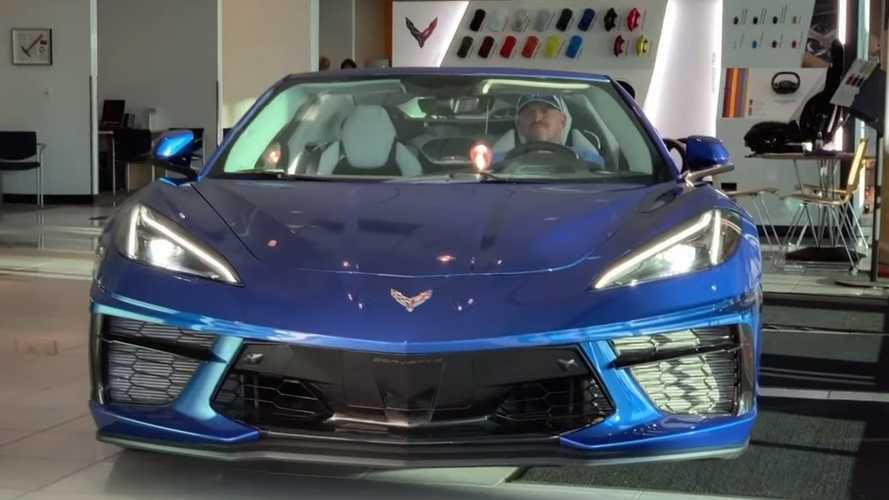 Everybody and their grandmother were interested in the car.

Interest in the 2020 Chevy Corvette has been high long before the reveal last month. The wild rumors, endless spy shots, and odd trademark filings culminated in a blockbuster reveal in Tustin, California where Chevrolet forever changed the Corvette with a new layout and a shockingly low price – under $60,000. So, it should come as no surprise that interest in the mid-engine sports car funneled plenty of internet traffic to Chevy's own website. In a new report from CNET's The Roadshow, the C8 Corvette's landing page on Chevrolet.com has enjoyed plenty of traffic, accumulating 2.4 million visits by the end of July, and Chevrolet revealed the 2020 Corvette just a few weeks earlier on July 18.

See All 12 Colors Of 2020 Corvette Stingray Compiled On Video
⠀

According to the report, more than a third of the traffic came within the first 72 hours of the reveal. On top of that, 1.3 million internet busybodies visited the Corvette's configurator page building over 940,000 different Corvettes while spending more than 152,000 hours playing with the visualizer. It's easy to lose an hour picking interior trim colors, options, and packages like we did. Even the livestream saw a massive number of people tuning in – 471,000.

The report, which has several bits from Steve Majoros, Chevrolet's director of passenger car and crossover marketing, also dives into how people configured their imaginative or prospective Corvette. Popular configurator colors included Elkhart Lake Blue Metallic and the new Rapid Blue while the majority of people chose two-tone blue and tan interior colors. Whether those color combinations will be popular in the real world remains to be seen.

Just now, as we close the first full week of August, Corvette fanaticism is quieting – or that's how it feels. Since the reveal, the news cycle has been consumed by the Corvette. Every bit of information, new or old, is devoured by the internet masses. We know hotter models are coming, but the Corvette Stingray's actual starting price remains a mystery. If anything, Chevy's traffic numbers show people are interested. Now the brand has to translate that interest into new sales.