Check out the six-speed manual.

New spy shots provide our first look at the next-gen Sentra. The company doesn't bother to cover the new model very well, and there are even undisguised views of the interior.

The exterior of the next-gen Sentra gains a look more akin to the current Altima and Maxima. There is a prominent, V-shaped grille, and the arched headlights that accentuate the pointier look.

At the back, the engineers put black tape over the C-piilar. However, the covering doesn't hide that the new Sentra wears Nissan's floating roof styling. The taillights also have a pointed shape to match the headlights.

The State Of The Sentra: 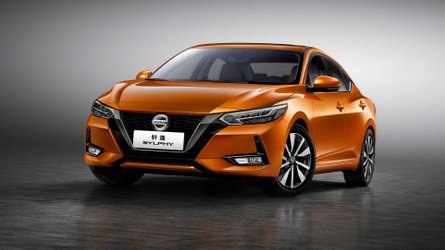 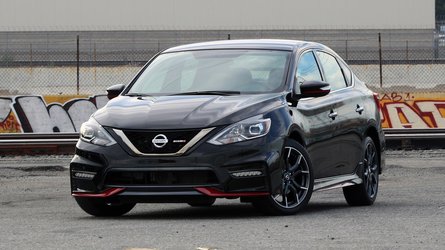 On the inside, this Sentra has a six-speed manual gearbox, indicating that Nissan isn't abandoning a three-pedal layout for its little sedan. The center stack is similar to the Altima, including mounting the infotainment display as a separate screen on top of the dashboard. Chrome trim adds a shiny flourish over the black upholstery.

The Sentra's powertrain is a mystery. A CVT option seems very likely, though. Revised engine options are also very likely to fit with the other upgrades.

Earlier reports indicated that the new Sentra would look a lot like the Chinese market Sylphy (gallery above). Based on these spy shots, this info was very accurate. The V-shaped grille, floating roof, and pointy taillights are clearly on display on both models. The cabins appear identical, too.

Nissan confirmed last year its intention to debut the new Sentra in America in 2019. With the year already more than half over, the company is running out of time to unveil the model. November's Los Angeles Auto Show could be the place to reveal the next-gen Sentra to the U.S. Sales would start in 2020.