It's a Blazer with a growth spurt.

The Blazer is a fairly recent entry in the Bowtie's lineup, and these new spy shots provide a fresh look at the model's next evolution into a larger, three-row variant. Current rumors indicate that it wears the Blazer XL moniker.

This test mule wears a significant amount camouflage, but we can see the resemblance to the Blazer underneath the concealment, particularly the headlights. Focusing on the back, it's clear that this version is quite a bit longer than the standard Blazer, and the roof is flatter. The extra room in the rear should allow for a third row of seats for boosting the model's total occupancy. When the bench is stowed away, cargo capacity should increase, too.

What We Know About The Three-Row Blazer: 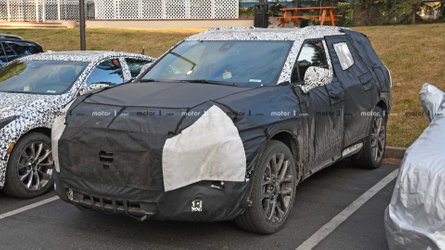 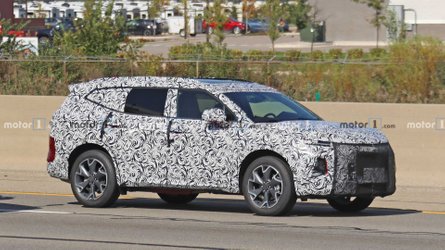 Current reports indicate that the Blazer XL might not be available in the United States. Instead, China and markets in South America would get the bigger variant. The Chinese version would allegedly use a 2.0-liter turbocharged four-cylinder making 240 horsepower (179 kilowatts), and South American variants would be available with a 3.6-liter V6 producing 305 hp (227 kW). Both engines would hook up to a nine-speed automatic.

While more stylish than the brand's other entries, offering the three-row Blazer in the United States would step on the toes of the Traverse, so there's a valid reason not to offer the model in America. If the market changes, then the engineering on the bigger Blazer is done, and the execs could also decide to bring it Stateside.