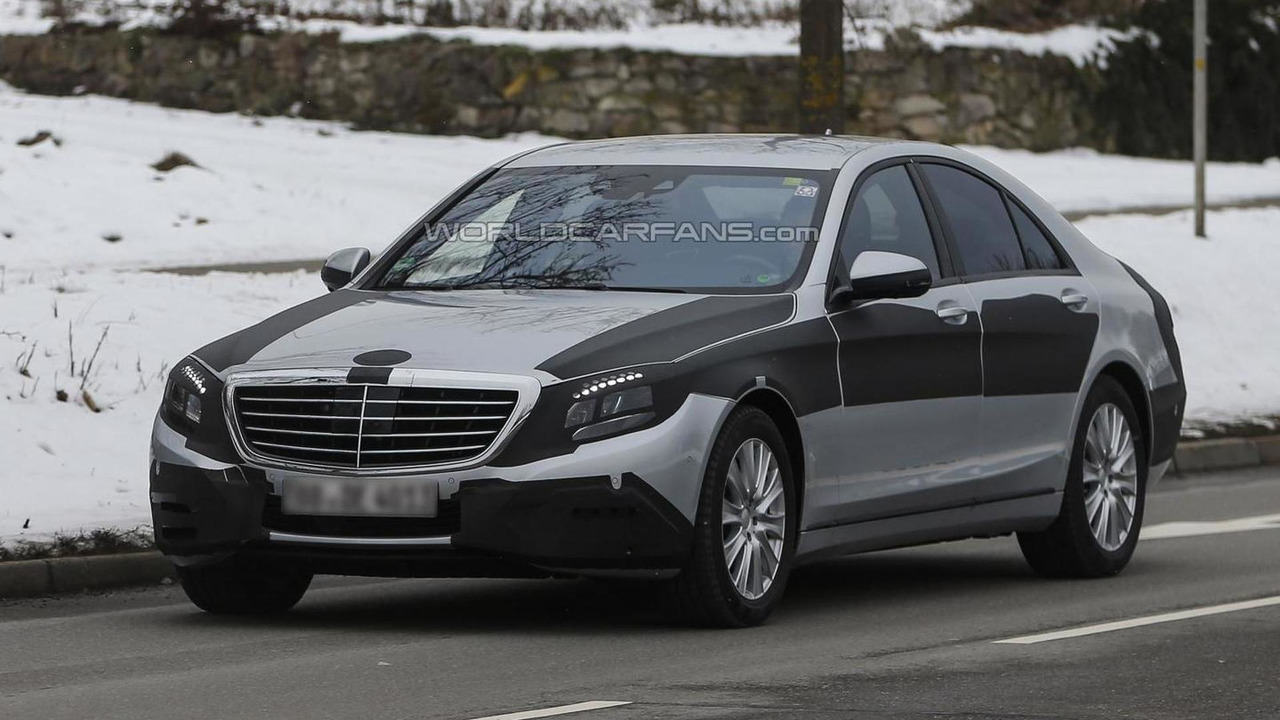 Our spies have taken a few photos with the next-gen S-Class set to be unveiled later this year.

Our spies have taken a few photos with the next-gen S-Class set to be unveiled later this year.

With every batch of spy photos, the Mercedes-Benz S-Class is losing more of its camouflage and we get to see its Aesthetic S design language. The front of the car shows an F700-inspired grille and LED-infused headlights, while at the back it boasts two exhaust pipes and CL-inspired taillights.

The high-tech cabin will have an instrument panel with two generous LCD screens. One is replacing the usual analog instruments while the other one will be a multifunctional touchscreen unit taking care of the climate, sat-nav, communication and entertainment controls.

Under the hood it will get the company's new MoVe (modular V6 and V8) engines which will most likely feature turbocharging and direct injection. Various reports are indicating three hybrid choices will be available, with an electric output of 41 hp (30 kW), 61 hp (45 kW) and 109 hp (81 kW).

The V12 bi-turbo engine in the S65 AMG is likely to get 680 hp (507 kW). This range-topping model is expected to receive carbon fiber doors, boot and hood in order to lose some weight.

As you would expect from a new S-Class, Mercedes-Benz will implement an array of new tech with an emphasis on safety. In addition, the S-Class (W222) will be offered in three different lengths which will be joined by a convertible and a coupe.