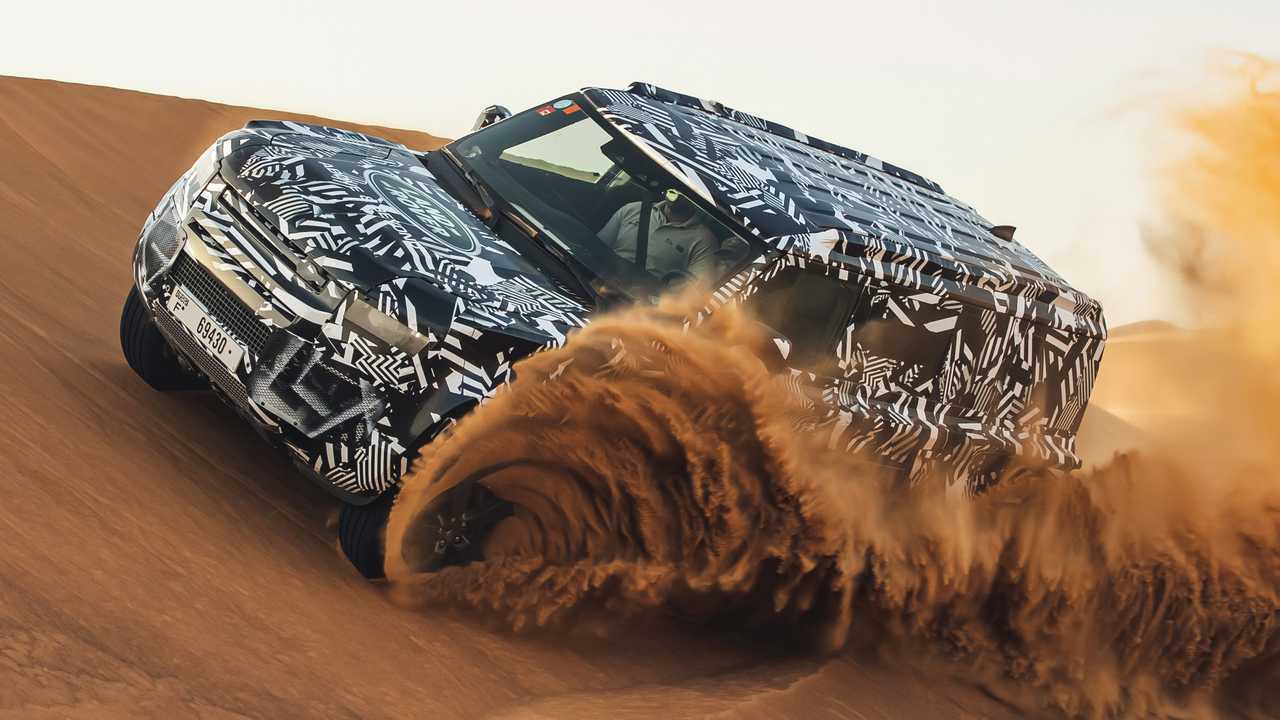 Land Rover designed it to exceed the company’s capability targets.

While we're still a few weeks away from the official reveal of the all-new 2020 Land Rover Defender, a handful of publications were allowed to ride in the new SUV on an off-road course. Official specs are still under wraps; however, Andy Deeks, Land Rover's product engineering team leader for durability and reliability, did give away a few details that should please Defender enthusiasts fearful the new model would be too soft for the iconic off-road nameplate.

The Defender will come with two different suspension types – air and coil. The air suspension is the more capable of the two; however, according to Deeks in Top Gear, the coil suspension is the most capable in its class. The air suspension features a temperature monitor in the dampers to protect the vehicle; however, that's not the only suspension upgrade. Land Rover also strengthen it with reinforced subframes and other, stronger bits. Deeks said Land Rover designed the Defender to exceed the company's usual capability targets, according to Autocar.

Underpinning the new Defender is Land Rover's D7U aluminum monocoque architecture, the same platform for the Range Rover, Range Rover Sport, and Discovery, according to CAR magazine. Right now, two different Defender flavors are launching, the three-door 90 and five-door 110. The numbers no longer correspond to wheelbase length, though. There's also the possibility of a 130 model, too. Eighteen-inch wheels are standard with sizes up to 22 inches available with all-terrain and mud-terrain tires both available options. However, there are no 21-inch wheel options.

Land Rover is doing a lot to quell any fears the new Defender won't live up to the nameplate's legendary history of off-road capability. Earlier this month, the automaker highlighted the Defender's rigorous testing by taking it to Dubai. There, the company said it'd already covered 1.2 million kilometers (more than 745,000 miles) of testing. Land Rover also did a "whole vehicle life test," according to Top Gear, that simulates 10 years or 150,000 miles of use. It runs 24 hours a day for eight weeks. The Defender name has a lot to live up to, and it sounds like Land Rover is planning for it to exceed expectations.