With Voyager assuming the entry-level role, FCA is establishing Pacifica as the more upscale minivan.

The new Chrysler Voyager minivan isn’t really new per se. Rather, it’s inheriting the lower trim levels of the Chrysler Pacifica, which for 2020 will start at the Touring level. That leaves the Voyager to carry the mantle as the entry-level family vehicle in L and LX trim, with a third LXi model offered only as a fleet vehicle. In other words, the LXi will be the rental you can score for your family vacation. 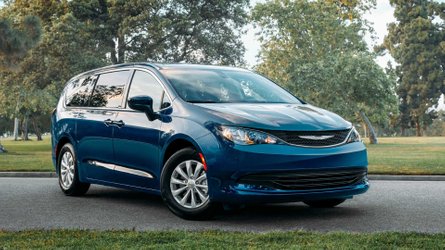 Of course, this does have an effect on pricing in the Pacifica family. An analysis from Cars Direct shows the entry-level Pacifica will now have a starting price of $34,990, which is a full $6,260 more than it was for the 2019 model year. However, that’s not an apples-to-apples comparison since the 2020 Pacifica now kicks off with the Touring edition – two steps up from the bottom. The real comparison is with the new Voyager L, and actually, it’s cheaper than the base 2019 Pacifica L by a scant $250. The Voyager starts at $28,480.

In other words, it seems FCA is keen to establish some separation between the Voyager and Pacifica, even though they’re really one and the same. Crunching numbers between the base model for both monikers, the Pacifica is a full $6,510 more than the Voyager. That price difference is due purely to technological upgrades, as both minivans offer seven-passenger seating and a 3.6-liter V6 developing 287 horsepower (214 kilowatts), with power going to the front wheels through a nine-speed automatic. Buyers looking for more advanced features such as automatic emergency braking will have to step up to the Pacifica, thus further separating the nameplates.

A release date for the new 2020 Chrysler Voyager hasn’t been announced yet.