Peugeot 3008 Concept Wants To Be An Adventurous SUV

Off-road adventurer and Peugeot are not two words you’d expect in the same story, let alone the same sentence, but here we are. The French automaker recently built a one-off Peugeot 3008 concept that may not be ready for the Rubicon but is certainly capable of handling some light off-road fun. The concept, created for a feature in Top Gear magazine, is more for fun than future product development.

Check Out The Latest Peugeot News: 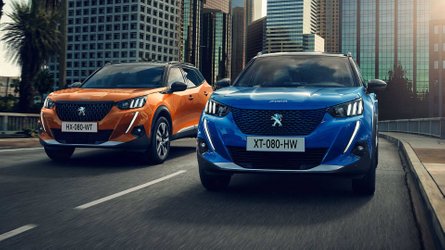 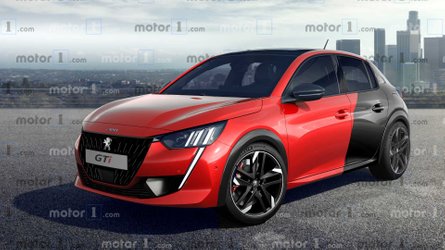 The concept is based on the 3008’s GT Line model with its 1.6-liter four-cylinder engine. However, Peugeot did add some subtle off-road essentials. Cooper AT3 off-road tires wrap around the 17-inch steel wheels while underbody protection such as the front skid plate gives the 3008 some off-road credence.

Peugeot also added an LED light bar to the front of the aluminum roof rack, which can be used for driving down unmarked roads and trails. On top is an ARB Simpson roof tent while the rear of the SUV is home to a bicycle rack for on-the-go mobility when you reach your destination. No, it’s not a massive conversion but is proof a few simple upgrades can help to enhance an SUV’s capability.

The concept successfully tacked the northern section of the Ho Chi Minh trail in Vietnam. David Peel, Managing Director of Peugeot UK, was impressed with the concept’s performance over some of the tougher terrain. “This one-off model exemplifies the practicality and off-road ability of our best-selling SUV,” he said.

In the grand scheme of off-road concepts from an automaker, the Peugeot 3008 one-off is restrained. Even the unique wrap is a bit understated compared to other off-road concepts. Remember the Lamborghini Huracán Sterrato? That was everything but restrained, but that is Lamborghini for you. Off-road vehicles are hot right now, and there’s a good chance Peugeot could spice up the 3008 and its sales with a similar off-road package.

Having conquered city streets across Britain, PEUGEOT has created a one-off adventure version of its best-selling 3008 SUV to tackle the muddiest trails and deepest forests.

The unique go-anywhere model is based on a 1.6-litre PureTech GT Line model and features a series of subtle all-terrain enhancements. Grippy Cooper AT3 off-road tyres are fitted to its purposeful 17-inch steel wheels and underbody protection is boosted by a front skid plate.

A powerful LED light bar at the front of the Rival aluminium roof rack provides additional illumination when driving on unmarked roads and, when it’s time to stop, drivers can spend the night camping on top of the 3008 in a fully retractable ARB Simpson roof tent.

The one-off model is finished in a unique wrap and fitted with a bicycle rack – perfect for carrying a PEUGEOT trail bike for two-wheeled adventures.

David Peel, Managing Director of PEUGEOT UK said: “This one-off model exemplifies the practicality and off-road ability of our best-selling SUV. With relatively minor modifications, the 3008 has tackled some tough terrain, proving the effectiveness of its Advanced Grip Control technology and demonstrating its true outdoor potential.”

The special 3008 SUV was created for a feature in Top Gear Magazine, and successfully tackled the northern section of the iconic Ho Chi Minh trail in Vietnam as part of an epic on- and off-road drive.