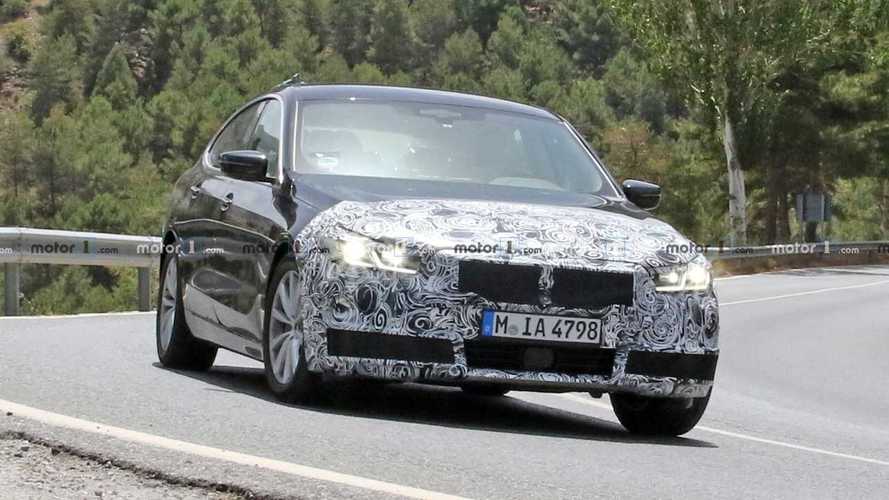 With the 6 Series Coupe, Convertible, and Gran Coupe being bumped to the reborn 8 Series lineup, it effectively means the unpopular Gran Turismo remains the sole member of BMW’s 6er family. Many of us were surprised when the Bavarians introduced about two years ago a second generation of the midsize liftback formerly known as 5 Series GT, and now we’re equally surprised that BMW is already working on a facelift as these spy shots reveal.

By the looks of it, we’re dealing with a discreet mid-cycle refresh for the Gran Turismo, although the headlights appear to be significantly different than those of the current car. The LED pattern for the daytime running lights has changed, while the disguise on the front grille makes us worry about a potential size increase for the kidneys like we’ve seen on the facelifted 7 Series. The front bumper is fully camouflaged as well, although we wouldn’t hold our breath for any major changes.

There’s not much to say about the back of the prototype as the taillights have been carried over from the current car. That being said, the production-ready vehicle will likely receive some updated graphics for those LED rear lights. From what we can tell, the rear bumper is still the same, unless some minor visual tweaks are hiding underneath the swirly camo. Again, nothing to make you rush to your BMW dealer and place an order for the 6 Series GT.

Whatever BMW has in tow as far as interior updates, we’ll see them first on the 5 Series Sedan facelift we caught recently testing as a plug-in hybrid. Goodies should include the latest and greatest digital instrument cluster and an up-to-date iDrive infotainment system. Knowing the modus operandi of premium automakers, expect BMW to cram even more tech into its unloved GT.

With no 3 Series GT replacement in sight, the 6 Series GT will soldier on as the sole Gran Turismo in BMW’s portfolio. For how long? While it’s too soon to say whether a next-gen car will exist (we wouldn’t get our hopes up too high), the fact that a facelift for the existing model is planned means you’ll still be able to get one in the next 2-3 years or so.