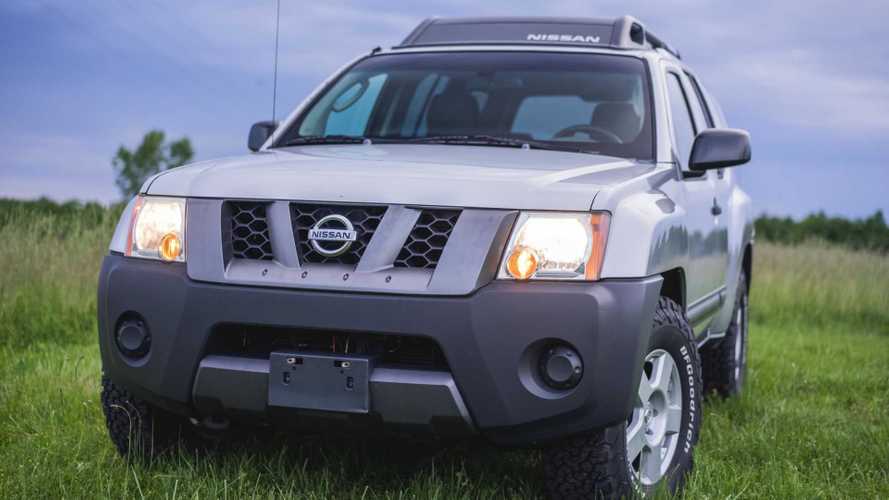 The Nissan Xterra was a proper off-roader with its truck roots, rugged body-on-frame construction, underbody skid plates, and relatively short overhangs. What it never was, however, is a performance SUV with the most powerful engine having a displacement of 4.0 liters and a peak output of 265 horsepower (198 kilowatts). Can a 6.0-liter V8 fix that? Definitely.

The silver 2005 Xterra depicted in the attached gallery here may seem completely stock but it’s surely not. In 2018, it’s factory engine was swapped for a GM-sourced 6.0-liter V8 mated to the standard six-speed manual gearbox from Nissan. Additional modifications to the powertrain include a Pontiac G8 camshaft, a Lingenfelter-tuned ECM, a custom wiring harness, a custom exhaust system, and a Nissan 350Z AC compressor.

The motor is sourced from a 2008 Chevrolet Silverado and is believed to have about 78,000 miles on it. Before the engine swap, the SUV had 144,000 miles on the clock but the cluster was replaced because of a mechanical failure and the new one shows 224,000 miles, approximately 4,000 of which have been added by the current seller.

Judging by the photos, the exterior is spotless – the liftgate and rear quarter panels were professionally resprayed under current ownership and all dents and rock chips were fixed. The Carfax report indicates a minor accident with the vehicle in January 2019 but the seller states it was due to the vehicle being towed out of a snowbank. Nothing to worry about, honestly.

The SUV rides on factory 16-inch alloy wheels, wrapped in 32-inch BFGoodrich All-Terrain T/A tires with 2017 and 2018 date codes. Brake pads and rotors on all four corners were replaced during the current ownership but the ABS light on the instrument cluster is currently illuminated for an unknown reason.

The car is listed for sale on Bring a Trailer with less than 13 hours left until the end of the auction at the time of writing. The highest bid so far is $5,555.