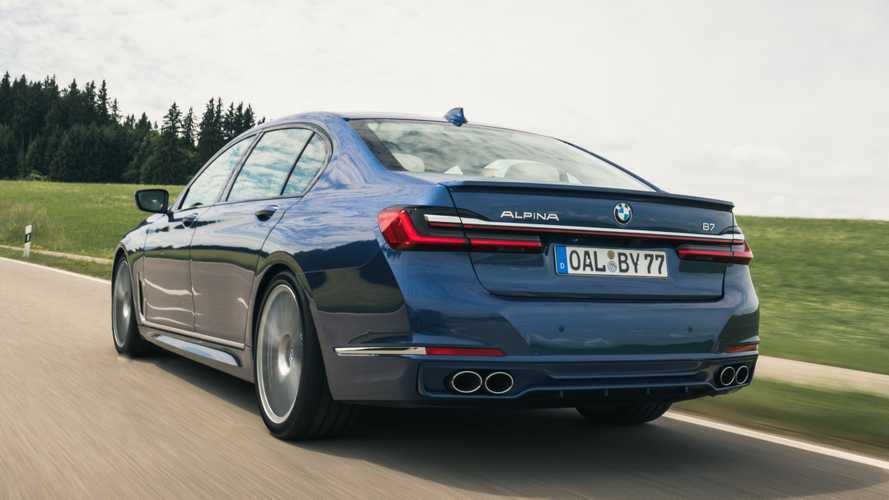 The company’s displeasure is not surprising.

Alpina, the famous high-performance BMW tuner, isn’t pleased with the possibility of the German government’s proposed vehicular overreach. There is a growing chance Germany could introduce top speed limiters on vehicles while discontinuing the country’s unrestricted Autobahn. Alpina CEO Andreas Bovensiepen doesn’t like the idea and expressed his displeasure in an interview with Which Car. Alpina built its reputation on high-performance luxury vehicles, such as the 2020 Alpina B7, with top speeds designed for the Bundesautobahn. The proposed restrictions are a direct threat to the company’s bottom line.

One-Off Alpina B7 In Mint Green Delivered To U.S. Customer

In the interview, Bovensiepen said he believes if Germany were to do away with the unrestricted Autobahn while introducing speed limiters, there would be a dip in sales. He believes performance car enthusiasts would still want to buy performance cars; however, the proposed restrictions would make buyers question purchasing the vehicle in the first place. German automakers are world-famous for their high-quality performance cars, and such restrictions could inflict financial strain of some kind on Germany’s automotive industry.

While Bovensiepen’s remark about lower car sales is likely correct to some degree, his other points of contention with the proposed restrictions are unexpected. Bovensiepen said the limits would leave new-car buyers with lower quality suspensions, adding that German automakers wouldn’t invest in suspension development because they wouldn’t need to. He made similar comments about tire technology – automakers would want low-rolling-resistance tires with hard compounds to improve efficiency at the detriment to grip, which, according to Bovensiepen, would lead to possibly more accidents.

Bovensiepen also pointed the finger at Germany’s harsh and rigid traffic penalties that go beyond a simple fine. He also suggested politicians must look at both ends of the speed spectrum – high speeds and low speeds – when enacting legislation intended to increase safety. While Bovensiepen’s concerns sound a tad hyperbolic, there’s a good chance such restrictions in Germany would chill the German sports car market and have far-reaching consequences in other markets such as the U.S. Performance cars are already a niche, but they’d need to be a massive sales success for automakers to continue building them.