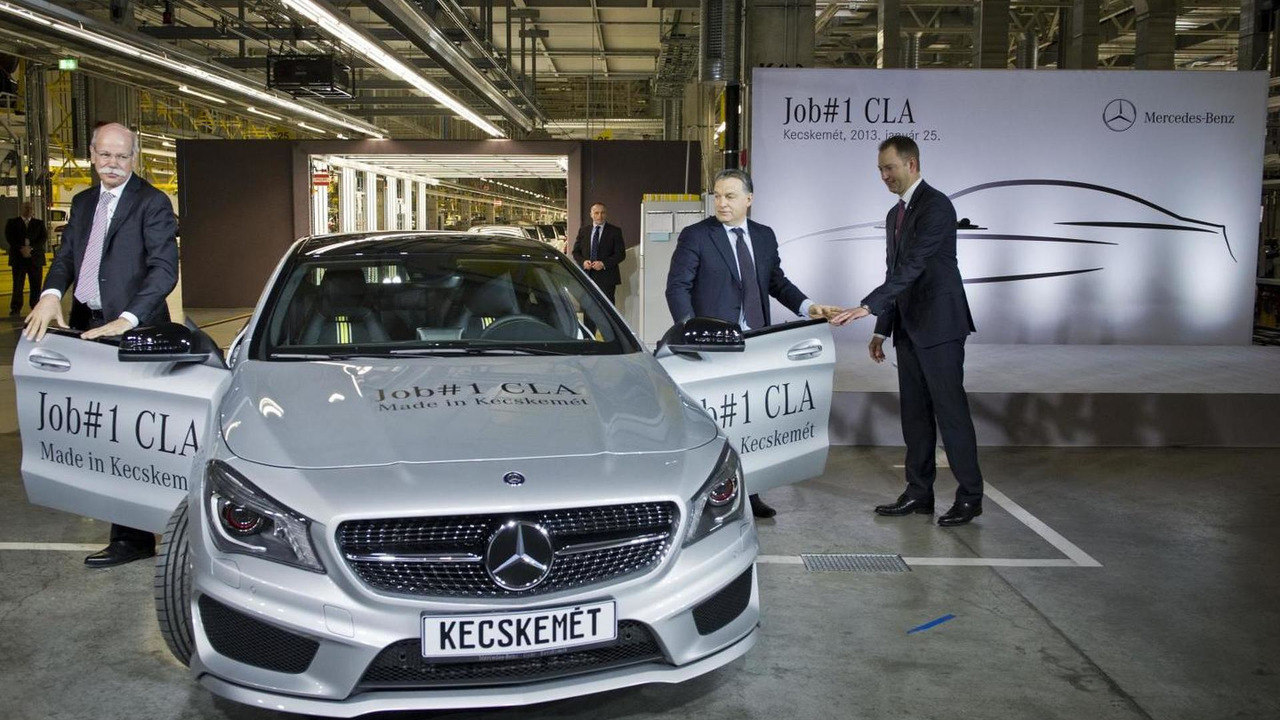 Mercedes-Benz has started CLA production at the company's Kecskemét plant in Hungary.

Mercedes-Benz has started CLA production at the company's Kecskemét plant in Hungary.

Daimler has celebrated the first CLA unit with a special ceremony at the factory which was opened less than ten months ago. It's the first exclusively built model by this plant where they also make the B-Class. Hungarian Prime Minister Victor Orbán together with Dr. Dieter Zetsche, Chairman of the Daimler Board of Management and Head of Mercedes-Benz Cars participated at the celebrations.

Essentially an A-Class sedan, the CLA will borrow the engine lineup and most of the interior cabin. It rides on the firm's MFA platform and comes with a MacPherson strut front suspension, while the rear has a multilink independent setup.

Mercedes-Benz CLA deliveries will commence this April in Europe, followed by the U.S. in September.