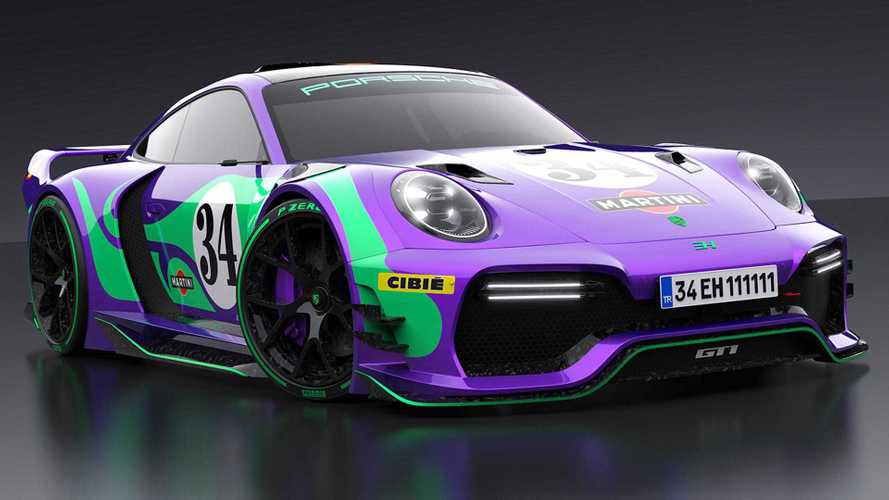 The designer imagines it making 1,000 horsepower from a hybrid flat-six engine.

The new rules for the top class in the FIA World Endurance Championship (WEC) mean that there need to be road-going versions of the competition machines. Designer Emre Husmen now imagines what Porsche's entry in the series could look like. He takes the current 911, mixes a little of the current RSR version, and adds a sprinkling of inspiration from the original 911 GT1 race car (see comparison below).

Husmen retains the shape of the current 911's passenger compartment but resculpts the nose and tail. Up front, the fenders are lower, and the nose is pointier. The rear wears a scoop over the roof for routing air into the engine bay, and there are big inlets in the fenders for additional cooling. For improved aerodynamics, a wing incorporates cleanly into the back, and there's a diffuser beneath the bumper.

Here's What's Really Next From Porsche

Husmen imagines his GT1 making 1,000 horsepower (746 kilowatts) from a hybrid flat-six engine. The new FIA WEC rules stipulate the racing versions can have a max output of 750 horsepower (559 kW), including a maximum of 270 hp (201 kW) from the hybrid assistance. The electricity can only power the front axle. However, there isn't a rule concerning the power of the road-going variant, so it could have as much output as the company wants.

Porsche hasn't officially announced an entry in the new FIA WEC class yet. So far, the known competitors are Aston Martin and Toyota, but there is still plenty of time for other automakers to throw their hat into the ring since the competition doesn't start until fall 2020.